The Ball at San Francsico Open 2018 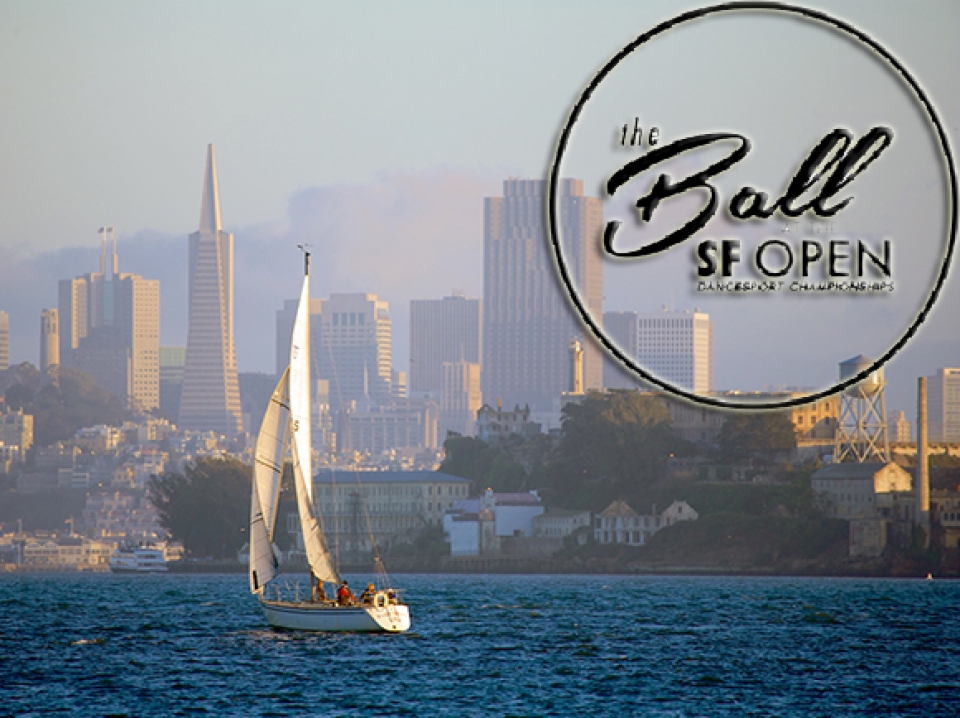 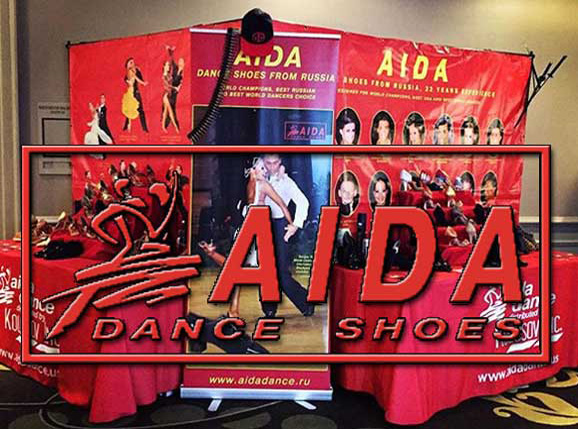 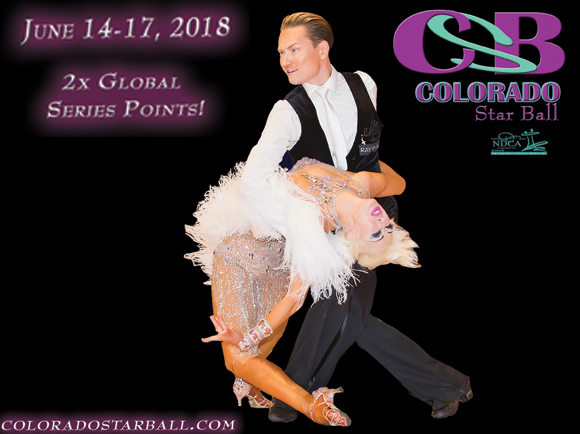 SFO Concludes with a Bang

The Ball at San Francisco Open concluded Sunday night with some of the USA’s best dancers on display in various styles and divisions.

The Open Pro Smooth resulted in a win for US Champions, Nick Cheremukhin & Viktorija. They won all dances and in fact every couple in this final finished in the same position in all dances, but a look at the judges’ individual scores showed a much closer contest than this would suggest.

View the embedded image gallery online at:
http://dancebeat.com/m-blogs-en/item/1578-sfo2018#sigProId38a45ca62f
Nick & Viktorija did have the majority of 1st places in all dances, but they also had some dissenters on the judging panel, the most notable being Valentina Kostenko who placed them 3rd in all dances. She was joined in tango and Viennese by Mazen Hamza. 2nd in all dances went to Max Sinitsa & Tatiana Seliverstova who had the majority of “2nd or better” scores in all dances but did not in fact receive many first places – none in either waltz or foxtrot. 3rd placed Yegor Novikov & Alexandra Smirnova received more 1st places than Max & Tatiana, but unfortunately for them, they also received more marks in the lower half of the final. Roman Malkhasyan & Galina Detkina were 4th in all dances. For them this was the end of a 3-day marathon as they had competed in Michigan on Friday, Chicago on Saturday and here tonight! RS winners, Oleksiy Pigotskyy & Natalie Crandall were 5th and Stephan & Lisa McCann were 6th. The runners-up from the RS, Aaron Talbert & Maggie Toth did not make the final tonight.
View the embedded image gallery online at:
http://dancebeat.com/m-blogs-en/item/1578-sfo2018#sigProId38ae20106c
It was perfect scores, 11 first places in each dance, for Troels Bager & Ina Jeliazkova in the Open Pro Latin – so matching the achievement of Victor and Anastasia in the Open Ballroom. The Latin had a wealth of US talent on display although the current US Champions, Andrei Kazlouski & Asta Sigvaldadottir had to withdraw due to illness. Mykhailo Bilopukhov & Anastasiia Shchypilina took 2nd in ll dances and had the majority of 2nd placesin all dances except rumba. In rumba they received 5 first places, the same as Pasha Pashkov & Daniella Karagach who were 3rd in this dance and in all other dances. Ilya Maletin & Polina Mayer seem to be cementing their position as Canada’s top Latin couple placing 4th tonight in all dances and beating fellow Canadians, Alexey & Vlada Karaulov who were 5th 5,5,5,5,6. Ivan Mulyavka & Karin Rooba were 6th 6,6,6,6,5.
View the embedded image gallery online at:
http://dancebeat.com/m-blogs-en/item/1578-sfo2018#sigProId644369497c
The Open Amateur Ballroom also took place tonight and apart from the winners, the couples received very mixed scores from the judges. Those winners were Angelo Gaetano & Clarissa Morelli and they won all dances with the majority of 1st places, although they did receive some random marks in the lower half of the final. Roman Sukhomlyn & Sonya Tsaekanovsky were a new couple to us and they placed 2nd in all dances. They have a “modern” approach to their dancing and not surprisingly their best marked dance was tango where they received 4 first places. With 3,3,5,4,3, Artur Nabok & Michelle Yiu placed 3rd and as you can see there was little consensus from the judges here. This young and fairly new partnership received every mark from 2nd to 6th in every dance. Undoubtedly they have enormous potential. 4th spot went to another young couple, Tony Cooperman & Rickie Taylor and they scored 4,5,3,3,5 and received another very mixed bag of scores from the judges. Ruslan Kaliuzhanyi & Elena Dovgan were 5th with 5,4,4,5,4 – perhaps an unlucky result as they were actually 4th in 3 dances! 6th in all went to Stefan Badea & Madalina Varlam. In the judges’ defense – this was an extremely close event. All couples were in good form and yet the difference in standard from 1st to 6th was not so great.

The pro-ams had a Ballroom day. The Open Scholarships began the evening session and the most contested divisions came in the B, C and Senior divisions.

Last night at SFO it was truly a Ball in red & white!

View the embedded image gallery online at:
http://dancebeat.com/m-blogs-en/item/1578-sfo2018#sigProId5c8ec65c02
All the male judges were attired in white jackets and all the ladies were in red evening wear – even the band wore white! And yes the band did play for most of the competitions! One observer commented that it was interesting to see which couples made the most of the live music and which ones just looked lost!

There were certainly some great events last night and events that included several overseas couples. The two open professional divisions and the Amateur Latin all began with semifinal rounds.

View the embedded image gallery online at:
http://dancebeat.com/m-blogs-en/item/1578-sfo2018#sigProId13ea5c5f74
Victor Fung & Anastasia Muravyeva received all 11 first place marks in every dance in the Open Pro Ballroom. Polish headliners, Sergiu & Dorata Rusu were 2nd in every dance and received the majority of the 2nd place marks in all dances but were pushed the hardest in VW. In that dance they had a 6 to 5 majority over 3rd placed Iaroslav & Lillia Bieliei who were 3rd in all dances. These 3 couples were well clear leaving the battle for the remaining places to the other 3 finalists. Andrii Mykhailov & Anna Bohachova definitely got the best of it, placing 4th in all dances. And in a rerun of the RS division Marek Klepadlo & Nina Zhiting Yang took 5th 5,6,5,5,6 over Valeriu Ursache & Liana Bakhitiarova 6,5,6,6,5.
View the embedded image gallery online at:
http://dancebeat.com/m-blogs-en/item/1578-sfo2018#sigProId45930dfa8c
In the Open Pro Rhythm all dances were won with a majority of 1st places, but not by the same couple. The winners were Danas Jaksevicius & Yuki Haraguchi and they won 3 dances, cha, rumba, bolero. The runners-up were Dmitry & Olena Nikishkin and they won swing and mambo. These are obviously 2 very different couples physically and stylistically – so it was not a surprise to us when the results came out this way. These 2 were the additions to the event over the RS. The remainder of the final came out in the same way as had the RS. 3rd. Andrew Escolme & Amy Baker; 4th Oleksiy Pigotskyy & Natalie Crandall; 5th Eddie Rivera & Marta Lyszkowicz; 6th Johnny Bryant & Ksenia Tavrica. Each of these couples finished in the same position in all dances.
View the embedded image gallery online at:
http://dancebeat.com/m-blogs-en/item/1578-sfo2018#sigProId4828077f4e
In the Open Amateur Latin we saw our first overseas win. Damir Haluzan & Anna Mashchyts from Slovenia won all 5 dances with a majority of 1st places and what a delightful couple they were. A well-balanced team with both the man and lady playing their roles so well. With 2,2,3,2,2, Nikolai Tarasov & Sarah Nolan took the 2nd spot looking strong and confident. A couple from Polnad Jacob Drmota & Magdalna Baranovska were 3rd 3,3,2,3,4. We can understand the 2nd place in rumba as this lady was certainly the featured performer in this duo and rumba was “her dance!” Bumchin Tegshjargal & Michelle Klets pleased their local fans with a srong finish in 4th place 4,4,4,4,3. This was a much better placement for them than at the Nationals where they did not make the final. Tony Cooperman & Rickie Taylor who were finalists at the nationals had to settle for 5th place here 5,5,5,5,5 and Casey & Kayci Treu were 6th. This was a great final to watch.

With the increase in entries over last year, the schedule for the pro-ams who danced both Smooth and Rhythm today was long. The Open Scholarships once again took place at night.

View the embedded image gallery online at:
http://dancebeat.com/m-blogs-en/item/1578-sfo2018#sigProIdeaff7d0316
It was once again a very good night for Lynn Magnesen w/ Tykhon Zhyvkov who took victories in both the C Smooth and C Latin – both of which were strong divisions.
View the embedded image gallery online at:
http://dancebeat.com/m-blogs-en/item/1578-sfo2018#sigProId45e2914169
In the C Smooth Lynn won all dances. 2nd in all was Sue Eldred w/ Oleksiy Pigottskyy and 3rd in all was Anna Boyd w/ Gabor Seres.

In the C Latin Lynn once again won all dances. 2nd in all was Andrea Bennington w/ Ivan Mulyavka and 3rd went to Michelle Peng w/ Alexey Karaulov 3,3,4,3,3.

This is the 38th Anniversary of the San Francisco Open and our special congratulations to Denise Jourdaine-Krauel who has been an organizer of the event from the beginning.

Rex Lewis, the other original organizer, is on the judging panel this year and Denise is joined by co-organizers, Stephan Krauel and Colin James.

Entries are up in all divisions this year. Yesterday was a very full day of Rhythm pro-am dancing capped off by the Open Scholarships in the evening session and these were followed by all 4 Pro Rising Star divisions.

The best of the Pro-Am Open Rhythm Scholarships came in the C and Sen. Divisions.