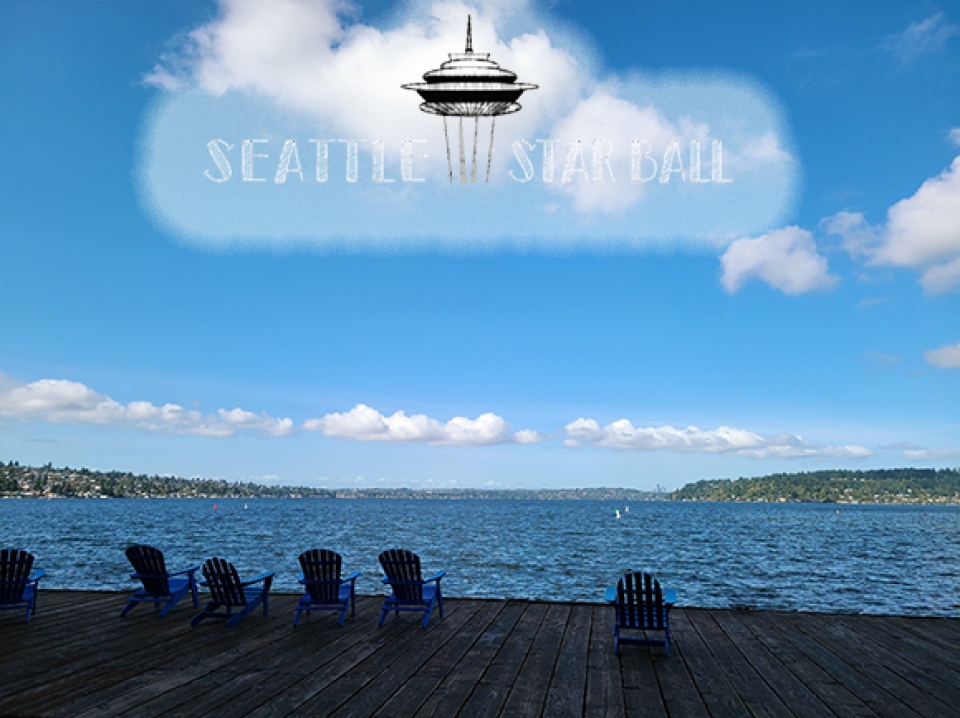 Saturday was Smooth and Latin day here at Seattle Star Ball. There was some great dancing in the pro-am divisions.

In the evening the atmosphere in the ballroom was amazing, with great energy pouring from the audience during all the events. All four Open Professional events plus the Professional Showdance were danced this evening. Pro Ballroom was won by Anton Silantev and Olga Akopova from AZ. Pro Latin winners were Norbert Czerski & Marta Ejsmont.

View the embedded image gallery online at:
https://dancebeat.com/m-blogs-en/item/1970-seattle21#sigProIde40a7234e5
Rhythm and Smooth were the biggest events. The Smooth started as a semifinal, which turned out with a very strong final of six. Winning all dances were Tykhon and Yana Zhyvkov (1111) with a solid performance. Second and third were determined by rule 11. The runners up by placing 2332 were Jang and Adele Don from Florida, leaving third to Mariusz Zakrzewski and Lynndsey Ray (3223). Each of these couples is very different in their style and was having a great night, making the judges' marks fluctuate from first through third. The second half of the final was a separate pool from the top, but nevertheless also a great competition. Fourth overall went to local favorites, Lukas Spisak and Eva Tibenska (4444). Kora Stoynova was the only adjudicator awarding them second place marks. Fifth went to Stefan Badea and Whitney Myers from CA (5555). And concluding the final by placing Sixth in all dances were Landon and Hannah Anderson. These three couples also demonstrate such different approaches to their dancing, that depending on judges’ preferences and their execution on the given night, results could vary.
View the embedded image gallery online at:
https://dancebeat.com/m-blogs-en/item/1970-seattle21#sigProId01be21f570
Rhythm was a 6-couple final. The easy winners were Jang and Adele Don. Aaron Pierce and Anastasia Levandia from CA took second with a very solid performance. Third were the RS winners, Nicolas Rodriguez and Paulina Struk from IL. The rest of the final was in the same standing from the night before. Fourth - Joseph and Madalina Lettig. Fifth - Alex Olivares and Natalie Cardenas. Sixth- Andrius Butkus and Maria Balashova.
View the embedded image gallery online at:
https://dancebeat.com/m-blogs-en/item/1970-seattle21#sigProId2081f9af92
Sunday was all about the kids. Fun and energetic, the solo stars, one cuter than the other, took the floor first thing in the morning. So much young and absolutely raw and new talent is growing in this area. Looking forward to their growth and development.

On Saturday evening, the logo of the Ballroom screen had changed. With a new name, changing from Seattle Star Ball to Summit Dancesport on Lake Washington, this event should be one marked on the calendar for 2022 to attend.

View the embedded image gallery online at:
https://dancebeat.com/m-blogs-en/item/1970-seattle21#sigProId1286ed95a6
Our congratulations to the organizers Dan Messenger, Richard and Jennifer Booth on a successful weekend, for finding such a special location to run their event. Wishing them much success for the future.

Here we go! Arrived at the Hyatt Regency Lake Washington for the Seattle Star Ball, organized by Dan Messenger, Richard and Jennifer Booth.

View the embedded image gallery online at:
https://dancebeat.com/m-blogs-en/item/1970-seattle21#sigProIdd0a4fd0351
This absolutely gorgeous venue with its breathtaking scenic view of the lake from the lobby lounge and guest rooms, forces one to indulge oneself in the luxury of this location, sunken in nature's beauty like a jewel. Thursday evening started with some great Pre-Champ and Amateur Smooth and Rhythm events as well as the Night Club.

View the embedded image gallery online at:
https://dancebeat.com/m-blogs-en/item/1970-seattle21#sigProIde7747e8c6b
Rhythm was won by Nicolas Rodriguez and Paulina Struk, first in all dances. The following two places was a closer competition, second going to Joseph and Madalina Lettig (22323), and third to Alex Olivares and Natalie Cardenas (33232). Fourth were Andrius Butkus and Maria Balashova (4444).
View the embedded image gallery online at:
https://dancebeat.com/m-blogs-en/item/1970-seattle21#sigProId354f5fcb01
The Smooth was a 7-couple final. Overall winners were Lukas Spisak and Eva Tivenska from Washington (1.5 111). Sharing first place in Waltz and second overall were Stefan Badea and Whitney Myers from CA (1.5 233). Third overall were Landon and Hannah Anderson (3322). The most peculiar placements came from Cora Lyn Uczekaj, who had Joseph and Madalina first in all dances. Nevertheless, this was a great contest among all three top couples. Fourth went to Joseph and Madalina Lettig (4444). Alan and Megan LaFleur (5555). Sixth - Tyler Ryan and Samantha Swart (5555). Seventh - Devon Panko and Summer Baregi (7777).