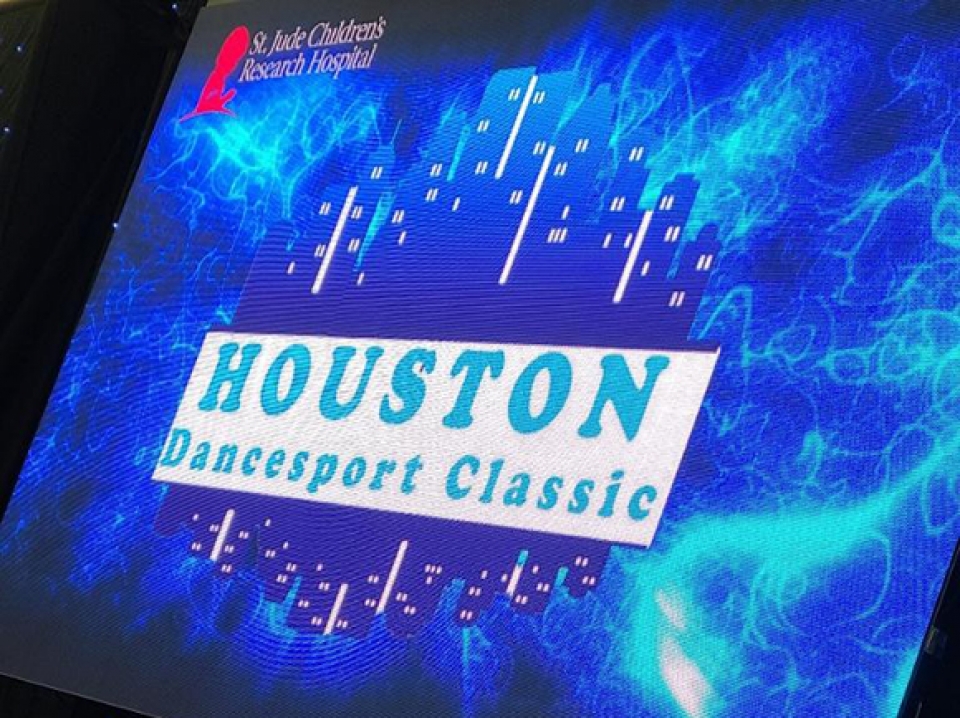 Pros Turn Out in Houston

Sunday was absolutely great, with Smooth and Latin events, mixed with juniors. These categories surely attracted more participants. The level of dancing was great in the pro-ams.

All four professional events were run in the evening. The biggest was the Smooth, starting with a semifinal. The floor was heavily packed with the 10 couples creating quite few run-ins. The Final six were as follows:

Dear couples remember that floor ethics are just as important as dancing, and your behavior on the floor may also contribute to an adjudicator’s decision making.

View the embedded image gallery online at:
https://dancebeat.com/m-blogs-en/item/1986-houston21?tmpl=component&print=1#sigProId1058295601
The Professional Ballroom was a five-couple event, with Oreste Alitto and Zhenia Casanave winning all dances with ease. This new partnership is starting to blend quite well together, which seemed to be a concern at their first competition together only a month ago. Second - in all dances were the ten dancers, Mattia Bielli and Taisiia Hughes (22222). Third - Alex Grinev and Ksenia Grineva (33333) - this couple could actually do so much better if they started actually dancing, instead of all the posing and gimmicks … Fourth- Alexander and Anita Goshchina (44444). Fifth- Barnabas and Edina Vadon (55555)
View the embedded image gallery online at:
https://dancebeat.com/m-blogs-en/item/1986-houston21?tmpl=component&print=1#sigProIdd34898001d
The Professional Latin was a seven-couple final. The clear winners were Andriy and Amanda Besyedin. Second in all went to Joseph and Alexandra Hopwood. This couple compliments each other very well, always delivering technically clean dancing without the superficial fillings. Third- Alexey Grinev and Ksenia Grineva. Fourth- Mattia Bielli and Taisiia Hughes. Fifth - Alexander and Anita Goshchina. Sixth - Roland Koren and Sydney Burbach. Seventh- Phillip Morehouse and Alexandria Carmargo
View the embedded image gallery online at:
https://dancebeat.com/m-blogs-en/item/1986-houston21?tmpl=component&print=1#sigProId63fae91126
The Professional Rhythm was another seven couple final. The easy winner of this event as well was another rather new partnership, Francesco Arietta and Jesse Mae Briones. This is another exciting partnership who have quite smoothly risen to the finals with much potential, especially with the field being quite open. Second were Jang and Adele Don from Florida. This couple always delivers a solid performance no matter which style they dance. Third were Richard Kaszas and Foteini Pangea (33344). Fourth- Gene and Elena Bersten (44433). Fifth -Adam Edward's and Kimberly Turner (55555). Sixth- Eric Botello and Karen Deffner (66766). Seventh- Roland Koren and Sydney Burbach (77677).

This turned out to be a rather successful year for the organizers, Olga and John and we would like to congratulate them and wish them best of luck for the future.

This weekend we took a flight out to Houston International Airport for Olga and John Elsbury's event, Houston Dancesport Classic, held at the Hilton hotel.

We were greeted by the organizers' warm welcome.  Friday night was Western Style Night club night, as the theme was Diamonds and Denim. It's actually great watching the officials: some put the full show on, with their jeans and cowboy hats while others feel more comfortable in business attire.

View the embedded image gallery online at:
https://dancebeat.com/m-blogs-en/item/1986-houston21?tmpl=component&print=1#sigProIdc5c7c07ec8
Saturday matinee was all about Ballroom and Rhythm. And although the Ballroom had a rather small turn out, the Rhythm pro-am was actually great, with some well attended finals in single dance events.
View the embedded image gallery online at:
https://dancebeat.com/m-blogs-en/item/1986-houston21?tmpl=component&print=1#sigProId4007656547
Evening was fully dedicated to scholarships and formations. The Ballroom Open Scholarship was won by Dana Miller and her new pro-am partner Oreste Alitto. Open scholarship was a close race between the runners up Enzo Zapia and Kathi Jones (21122) and the winners - Andrea Zaramella and Lynn Murrel (122111). Lynn and Andrea's VW gave some of the adjudicators a concern and topic for conversation even after the event,  as they were not using just the traditional figures.
View the embedded image gallery online at:
https://dancebeat.com/m-blogs-en/item/1986-houston21?tmpl=component&print=1#sigProId97a433deeb
They had some great solos following the ballroom events. Several preteen and junior formations as well as solos were danced, with the cutest solo by the youngest performer, a 3 year old, who just loved being on the floor.  There were some very creative and entertaining numbers. The energy in the ballroom was hyped up right away.  It was wonderful watching all the growing talent.
Login to post comments
© Smartaddons - Beautiful Joomla! and WordPress Themes 2022