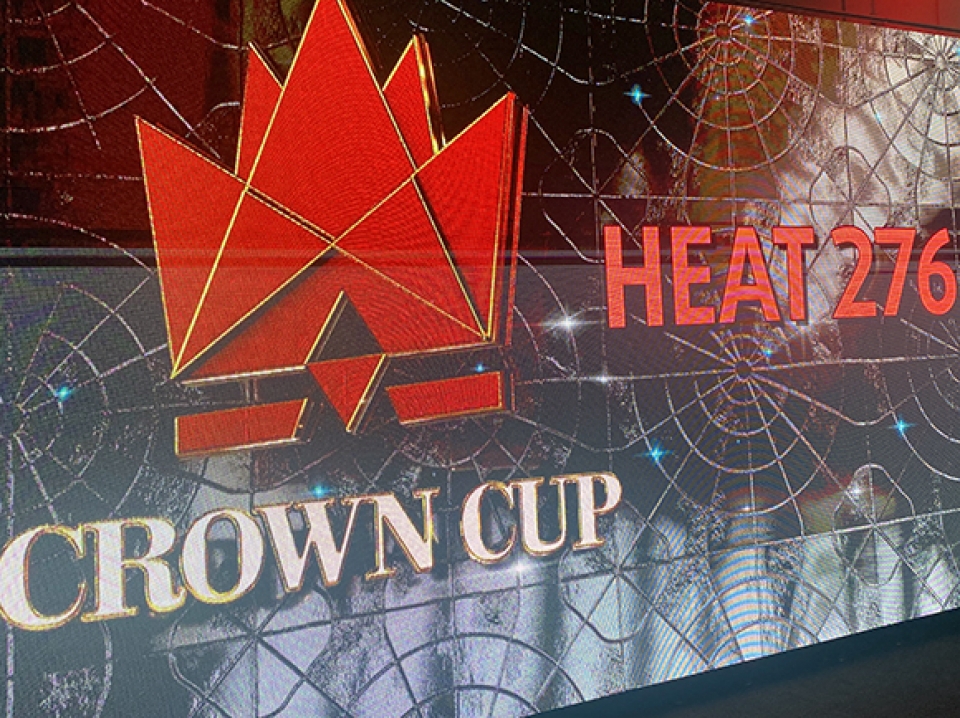 We spent a couple of days in beautiful Sitges, located just outside Barcelona, Spain, for the Crown Cup Barcelona, an exclusive Pro/Am Ballroom dance competition with high end dancing and terrific social entertainment.

And after being here a number of times for events we finally found out some very interesting facts about this unique place, so close to the center of Catalunia, yet tranquil sophisticated, relaxed, so much so that when you go to the beach you can just bare it all!

View the embedded image gallery online at:
https://dancebeat.com/m-blogs-en/item/2051-ccbarcelona22#sigProId8e39139f01
Here are a few facts that we never knew. The “Beach Bars” for one, here in the metropolis of Spain, the mother country of so many Spanish speaking countries like, Miami LOL. Do you know, that the first beach bar in Spain opened its doors in 1913, at a beach stall located on the Paseo Ribera in “Sitges.” In addition, the word chiringuito has a history behind it, and that is because the expression comes from the way of consuming coffee in Cuba, through a filter system with a cane and a stocking. This process was called a beach bar and going to drink coffee through this system was going to the beach bar. Now of course, as we did the first day, we went to have lunch and some well-deserved cocktails at the “Beach Bar.” Nothing much has changed since 1913, but more conveniences more shade and proper seating. However, if you feel hot and want to take a dip in the cool Mediterranean Sea you don’t have to remember you bathing suit, you just shed your clothes and dive in without one person blinking and eye, except for us “Puritans!”
View the embedded image gallery online at:
https://dancebeat.com/m-blogs-en/item/2051-ccbarcelona22#sigProIdc2cbf1e43e
I am sure many of you have gone to the Caribbean DanceSport Classic in Puerto Rico, or have just been in this beautiful island and country, and perhaps you had one mojito, daqueri, a few cocktails, all refresing and made with “rum.” One of the most popular brands in the world today is the “Bacardi Rum.” If the first “pina colada” was made at the Caribe Hilton as many claim and disclaim. For example, we claim it was made at the “Caribbean DanceSport” itself, and that is probably because we had so many of them, we lost our memory of history. Well, here is a true fact about the rum. The main factory and distribution might still be in Puerto Rico but “Facundo Bacardí” was born in Sitges in 1814. He went to Cuba in 1830 with his entire family. It was in Cuba that he began to distill rum to obtain a new formula, milder than other beverages, and in 1862 he founded Bacardi, the second best-selling rum in the world. They later moved all their production to Puerto Rico. Although its history unfolded in Cuba and later Puerto Rico, in Sitges you can see his birthplace, now turned into a museum.  A place where, like in the Puerto Rico factory, they offer guided tours and teach how to make a typical cocktail made with Barcardí exactly what they do today and a tour we have taken a few times.
View the embedded image gallery online at:
https://dancebeat.com/m-blogs-en/item/2051-ccbarcelona22#sigProId995a446159
You would think we came to “Sitges” and Barcelona to just relax and have cocktails, and “what happened to the Ballroom dancing?” you might be saying. Well, it was here overlooking this beautiful town at the Melia Resort where the Pro/Am Ballroom competition took place. The most interesting fact and surprise was how many different countries attended this event. We saw Pro/Am competitors from Great Britain, Slovenia, Italy, Poland, Monaco, Israel, Romania, Israel, UAE, Austria, Kazakhstan, Czech Republic, Hungary, Lithuania, Serbia, Finland, Norway, Bulgaria, France, Slovakia, Spain and not just one couple but quite a few from the USA. If we left any country out of this mention, as you can see there were just too many countries to remember, we apologize, but we certainly tried.
View the embedded image gallery online at:
https://dancebeat.com/m-blogs-en/item/2051-ccbarcelona22#sigProIdf43b2f098e
The dancing was very high caliber in all levels and in all four styles, yes, you read that right. And perhaps 5 styles if you include a number of Argentine Tango couples. This wonderful one-day event started early in the morning and finished close to midnight and if you were officiating, you had to really stay focused because the quality of so many of these dancers was at a very high level. All styles had all the levels and age categories and they even had a Showdance division with well-executed solo numbers. Most of the awards had to be given as in the USA nowadays due to so many entries, outside the ballroom but the scholarships were done in the ballroom. It culminated with a European Latin Cup that started with a quarter-final and got down to the top 5 couples - that is how tough the competition was!
View the embedded image gallery online at:
https://dancebeat.com/m-blogs-en/item/2051-ccbarcelona22#sigProId42aa6a1a45
The night before the event there was a truly wonderful outdoor welcome party with heaps of food and drinks. After the event we were treated to a cocktail reception down the hill and by the water and everyone seemed happy and cheerful. We’re not sure how long they all stayed, we left around 2AM but the place was still going as we went up the steep stairs right to the hotel.

Our congratulations to the Duknauskaus Family (Justinas, Vytis & Vytautas) for putting together such a terrific competition. We have attended a few of their Crown Cup events including the one in Dubai and they are certainly all worth the flight. We hope to see you all at one of them sometime soon!