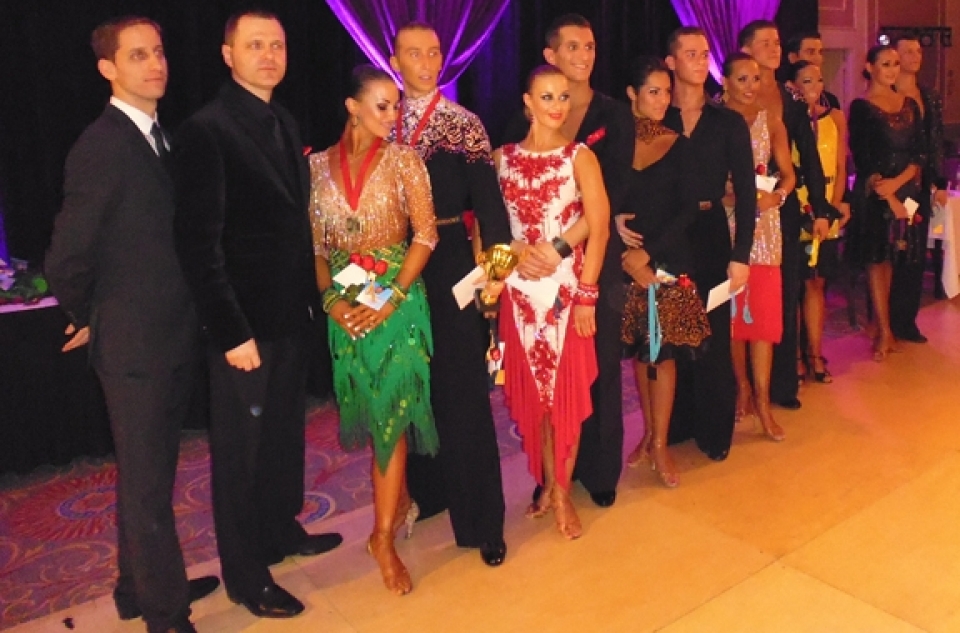 Boston Cup Blends Junior & Pro-Am
The Boston Cup, held Jan. 25 in Framingham, MA, was a mighty 1-Day competition that seamlessly (almost) blended all styles and levels of pro-am dancing with junior and amateur divisions.  It was 1500 entries and a full day of dancing.

The Organizers, Ronen Zinshtein & Emil Loukhnikov are known for their involvement in the junior dancesport scene, so it was no surprise that the junior and amateur segment was the largest with a packed ballroom of kids and parents – always a great atmosphere.  But the day began with sizeable pro-am heats making up almost half of the total entries for the day.  Local studio, Supershag, made up the bulk of the entries. 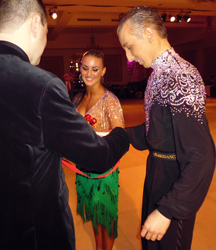 The highlight of the event was the Adult A Latin that began with a semifinal and pitched many of the USA and Canada’s high ranking competitors against each other.  Canada turned up the winner as Danils Kutezov & Maria Shalvarova won all dances.  2nd in all were Nikita Malakhov & Nadezda Vlasova and 3rd in all Ron Garber & Liza Lakovistky.  Watch out for a full report in Dance Beat soon from Diana McDonald. Also coming soon to Dance Beat is a report on the Junior II Latin by Bill Sparks.  The winners here were Kristers Smite & Sophie Shvartsman (1,1,2,1,2).  2nd were Joshua Lishnevetsky & Angela Gerzberg 2,2,1,2,1).  3rd Matthew Lavitman & Olivia Agranovich (3,3,3,4,4). 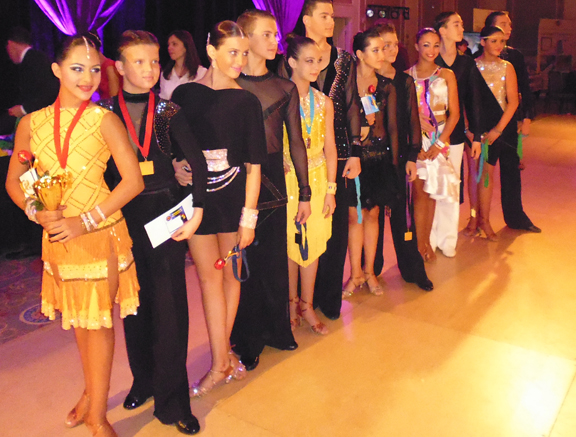 Other feature events were the Youth Latin and U/21 Latin won by Jaryd Farcon & Kyla Dzhaniashvili (1,1,2,1,1) and Steven Varshavsky & Karolina Loukhnikov (2,1,1,1,1) respectively. 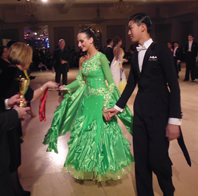 The Ballroom divisions were not as large but the events were still noteworthy.  The winners were:  Justin Lin & Sasha Dubinsky (Youth & Junior II);  Fernando Lareu & Nicole Palagashvili (U/21).

The Boston Cup is a 1-day event that felt ready to move on to the big time.  Ronen & Emil decorated the ballroom well and used full lighting and sound.  The venue was the Sheraton Framingham a pseudo castle that had two blazing fires in the lobby (a welcome sight to this Miami native) and had comfortable rooms and ample facilities.