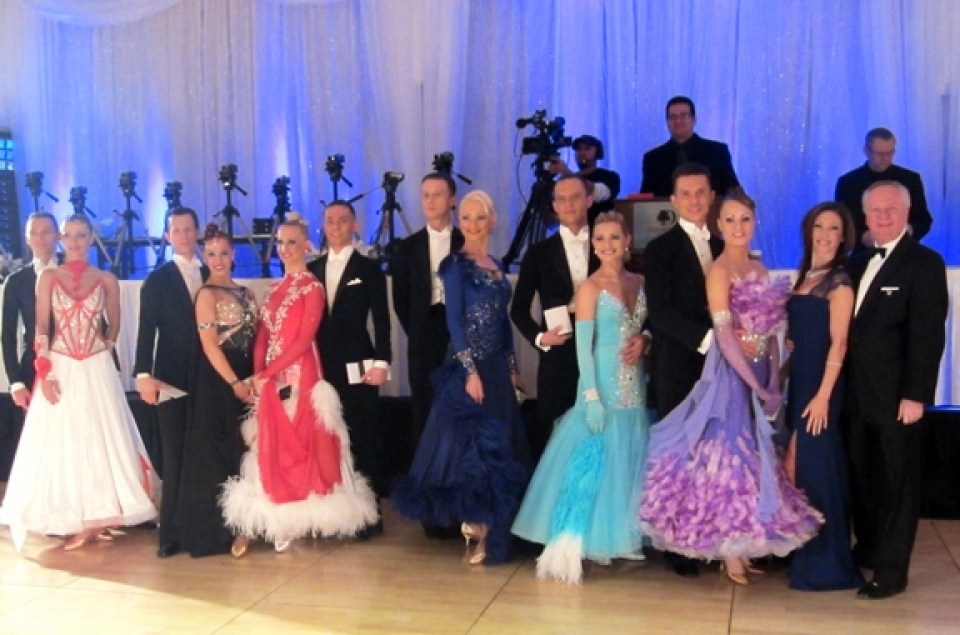 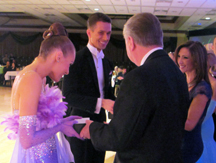 The Professional Ballroom had excellent couples in the field, Mikhail Avdeev & Olga Blinova won the event and all the dances but they were not the only ones to watch. Denis Kutepov & Lesya Sinitsa were also excellent and well deserving of the runners up spot, they placed second in every dance. It was nice to see Rober Nemiro & Olga Tskalyuk back on the floor, they placed third overall (3,4,3,3,4) and Igor Colac & Roxane Milotti were a terrific addition as well with great energy and musicality, they placed fourth overall (4,3,4,4,3). Fifth in every dance went to Simeon & Kora Stoynov and sixth was awarded to Evgeniy Mayorov & Olga Lisovskaya. 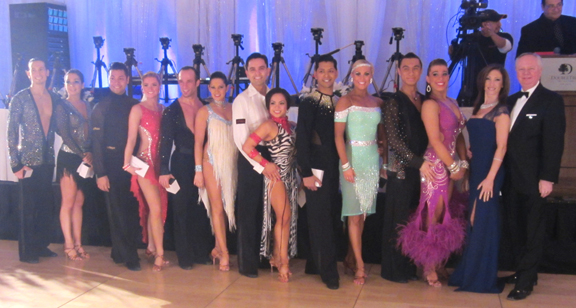 The Professional Rhythm competition had the most participants with a semifinal round and it too was very entertaining. Jonathan Chen & 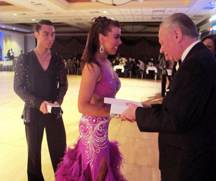 Nadine Messenger cemented a strong position in this style by taking first place in the open division as well as the Rising Stars, they won every dance. It most have been a disappointing finish for Slash Sharan & Meghan Anderson who we are sure wanted to take the first place finish home but like in the rising stars they placed second in every dance. Third place was awarded to Richard & Marianne Myers (3,3,4,4,3), I’m sure they were very disappointed with this placement, however, we too were disappointed with their performance and we will explain in the full City Lights article. Fourth were Alejandro & Lucelia Falcon (4,4T,3,3,5), fifth went to Tommy Belmontez & Jessica Holty (5,6,6,5,4) and sixth was awarded to Piero Della Santina & Alessandra Gonzalez (6,4T,5,6,6). Although the night before the ballroom was standing only perhaps due to the show by Arunas & Katusha and Giacomo & Melissa, for me the competition this night was terrific and very special. The ballroom was a little quiet as is customary from a Californian audience on a Sunday night, but, the finale to this City Lights Ball was excellent. My congratulations to the organizers in this their first City Lights Ball event, we wish you the best for years to come.

New City Lights! - Saturday This was the first run for the new owners of the City Lights Ball, and as far as organization it all went without a hitch. Last night the professional events started and the two events ran were healthy finals with excellent dancing that kept the judges occupied. 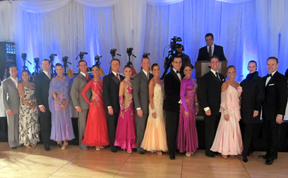 The most exciting of the two was the Professional Smooth. Here we had three excellent, seasoned couples fighting for first place, Kyle & Allie Spinder, Kris Suakjian & Brianna Haft and Nick Cheremukhin & Victorija. Our favorite was Kris and Brianna who looked completely prepared for this final, but that was not to be the winner in all dances was the new partnership of Nick & Victorija, who had very interesting choreography but who seemed to be going nowhere in our eyes (we will explain in our full article here soon). Third in this great event went to Kyle & Allie who took third in all dances. Fourth place was Nathan Simler & Mirelle Gineste –Tuendemann they placed fourth in every dance, fifth wen to Kyle & Christina Campbell (5,5,6,5T), sixth was awarded to Forrest Walsh & Alexandra Smirnova (6,6,5,5T), and seventh went to Piero Della Santina & Alessandra Gonzales who took seventh in every dance. 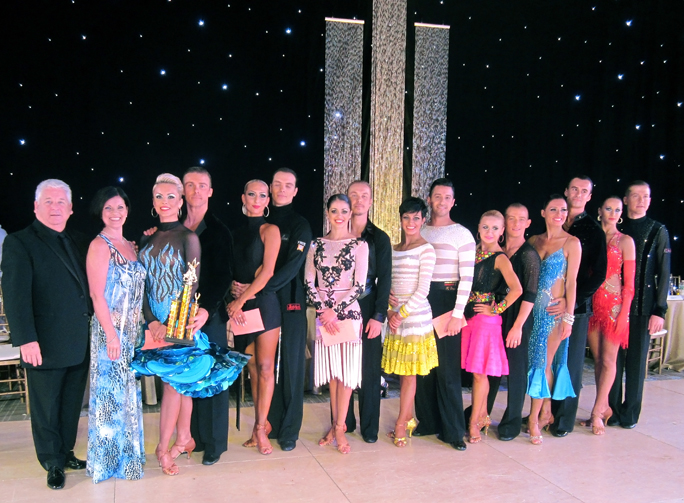 The Professional Latin was as exciting but we felt that it was the most predictable.  Unfortunately, we should give up predicting! Our winner, Denis Podolskiy & Yulia Kushnirenko placed third overall (3,2,3,3,3) even though we felt they had a wonderful night and we will explain why in the coming issue here also. The clear winner of this professional Latin event was Vitalii Proskurin & Evgenia Shatilova (1,1,1,2,1). Second went to Andrey Tarasov & Yulia Kuznetsova (2,3,2,1,2). Simeon & Kora Stoynova placed 4th, Oleksii Lytvyn & Carly Booth were fifth, Artjom Shmigeljuk & Oceania Kashkina took all sixth and Lerey & Rebeca Bishop were seventh. The evening concluded with a professional show by Arunas Bezukas & Katusha Demidova as well as an intermission number by  Melissa Dexter & Giacomo Steccaglia. So here comes another prediction! We think for a transition event everything is going superbly and we think that in the future we will probably have one of the best events in the USA here.  As new kids on the block they have settled well on the job of running the event but I have the feeling that the “New” owners will come out with things to make it even more prestigious and special and to make it a “must” on your calendar next year.