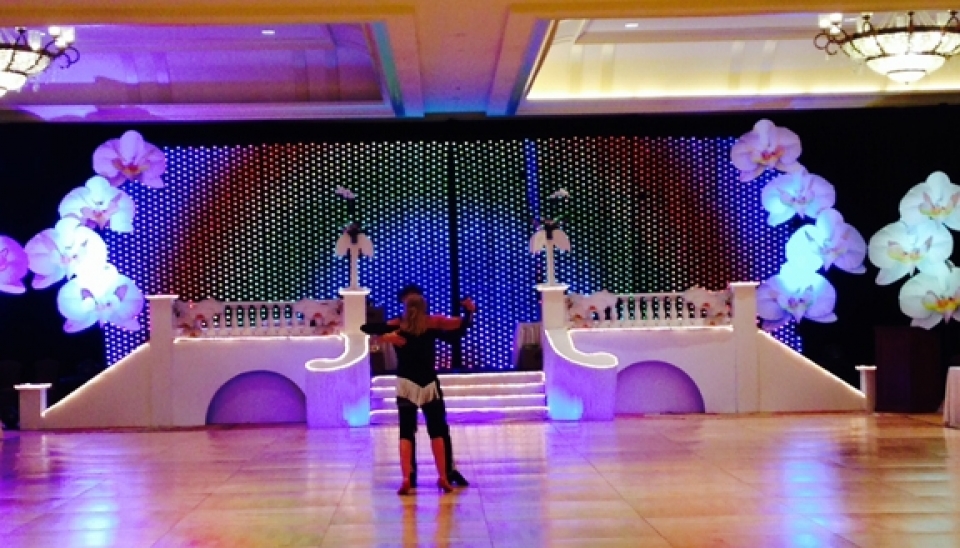 Miami lived up to it’s Latin heritage last night at Grand Nationals as the Professional Rhythm was the best professional competition of the week. 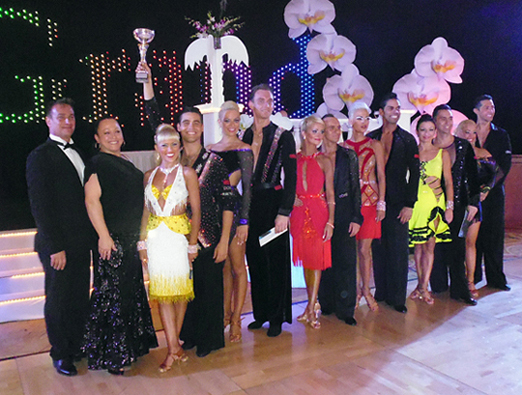 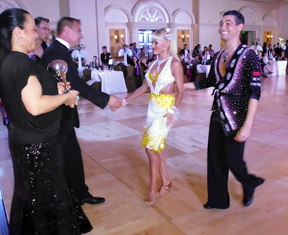 ar Norov & Irina Kudryashova were the undisputed champions, receiving perfect scores in all 5 dances.  The competition was really from there down and it was tight!  Runners-up were Maksym Lototsky & Sarah Haworth and they placed 2,3,2,2,2 but had the majority of 2nds in only cha cha.  In fact they took 2nd in mambo despite having only two 2nd places in that dance.  That gives you some idea about how varied everyone’s marks were.  3rd with 3,2,3,3,3 were Tamas Kardos & Mariya-Khristina Shuropova.  4th in all dances were the new partnership of Eddie Rivera & Meg McNash.  We were a little surprised with the 5th place finish of Shandor Shtefil & Aleksandra Barsukov.  We saw them higher in this final.  They were 5th in all dances.  Closing the final were Jhondarr Lopez & Amber Osborn from Texas, the only non-Floridian couple in the final. 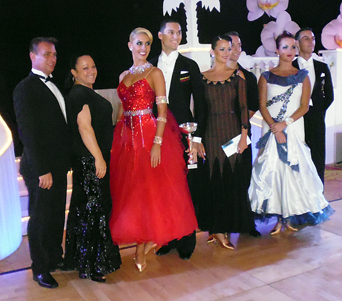 tonight was the Pro Ballroom.  This attracted only 3 entries but all were of a high level.  The winners were Alexander Voskalchuk & Veronica Ergorova.  They won all dances with only two judges, Shirley Johnson and Alexander Mueller, placing them lower.  2nd in all dances went to Vlad Shahov & Ekaterina Popova and 3rd to the new pairing of  Marta & Anastasia Kazmina representing Italy.

5 couples contested the Showdance and it was the usual mix of cabaret and more traditional showdance routines.  Cabaret won the day as Clifto 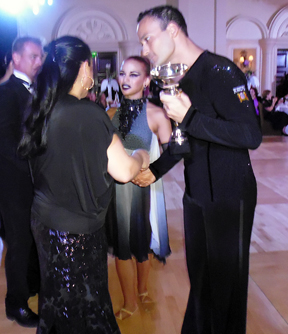 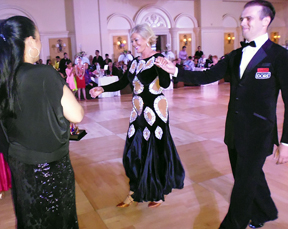 Astrid Rush w/ Radim Lanik won the Open B Latin, winning all dances.  2nd in all went to Lisa McKee w/ Clement Joly and 3rd in all to Alice Lekht w/ Igor Derimov.

Throughout the day the audience was vastly entertained by the young dancers from Dance Town in Miami, mostly partnered by professional, Ivan Mulyavka.

Dancing Through the Ages!

As many of you may know, The Grand Nationals Dancesport Championships is one of the longest continuing running competitions in the USA – celebrating, we believe, 47 years in 2014.

Last night we were amazed to see gentlemen professional competitors in the Open Pro-Am Rhythm C Scholarship who have been finalists in the Rhythm and other styles, representing almost every decade of those years including current finalists.  We’ll spare their modesty and not say who represented each decade – but guys!  You all looked great!  Here are the results: 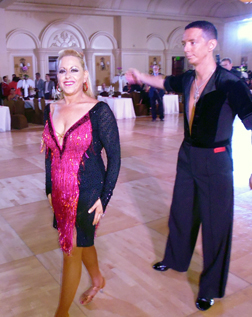 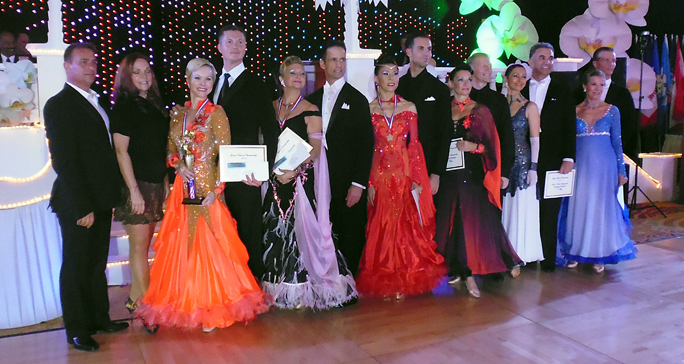 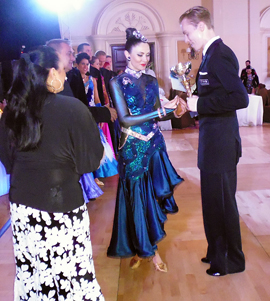 re 2 open professional divisions also danced last night and the Smooth produced a very tight race decided in fact by a Rule 11 tiebreak.  Taking the title with 1,1,2,2 were Kirill Gorjatsev & Daria Zotova.  They won their two dances with the majority of 1st places from the judges.  They received mainly 1st and 2nd placements with only 2 judges, Alexander Mueller and Ron Troy marking them further down the field.  The runners-up with 2,2,1,1, were Mark Short & Alyssa Kark.  They had the majority of 1st places in the VW and for them too it was mostly 1st and 2nd places from the judges except Wolfgang Opitz and Oksana Zolotarevskaya.  3rd in all dances were William Proper & Jennifer Elliott;  4th in all Martin Pickering & Natalie Botes;  5th Vadim & Karla Boldirev. 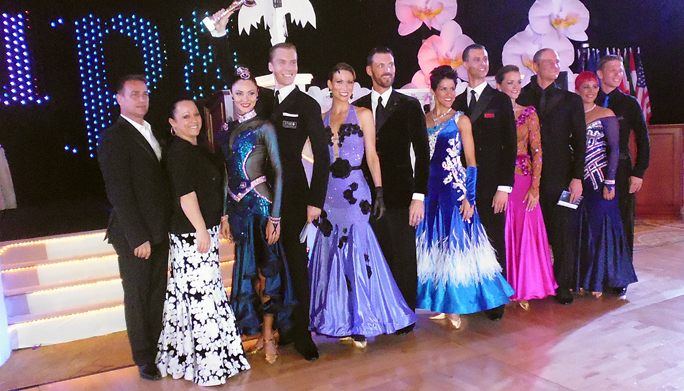 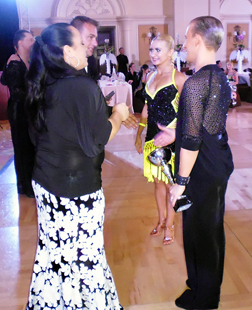 d the judges the Latin was more clearcut with Dmitry Nikishkin & Oleans Shvets winning all dances.  We were surprised, however, to see a few 3rd places in their marks column.  They did receive perfect scores in the jive.  2nd were Dmitry Zavialov & Ashley Sanchez 2,3,2,2,3;  3rd Aleksey Alekseev & Ekaterina Dareleva 3,2,3,3,2;  4th in all dances, Srdjan Mikuljan & Carolina Avila;  5th Hector Quiles & Maria Balashova.

The current venue for the Grand Nationals is the splendid Ritz Carlton on Key Biscayne in Miami.  This area and the hotel is beautiful almost with the feel of a tropical island while being basically in Miami.  As one would expect the service and hotel amenities are superb.

The ballroom décor is also superb with the showcase LED programmable light backdrop always adding so much to the ambiance.