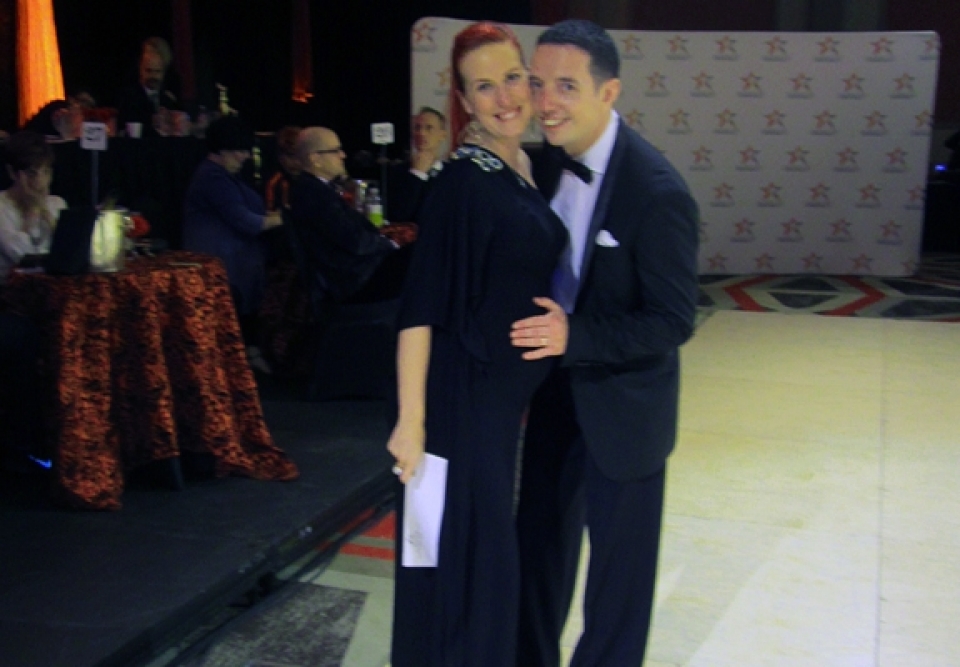 A Night of Rhythm

Rhythm was the feature last night at American Star Ball.  Not only was the Pro Rhythm the biggest event of the night (2 rounds), but it was also the feature of the finale show, entitled the Havana Ballroom and choreographed by Brent Mills. 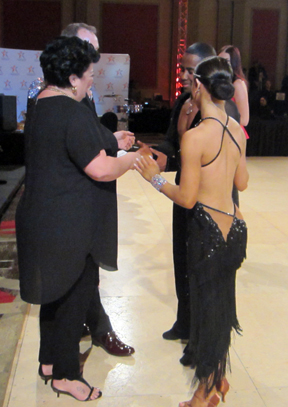 mmanuel Pierre Antoine & Liana Churilova, current US Champions, easily won the Open Rhythm winning all dances and losing a total of only 4 first places over all 5 dances.  Equally sure were the runners-up, Nazar Norov & Irina Kudryashova who picked up those 4 first places and received all the remaining 2nd place scores from all judges.  Perhaps the match between these two couples was a little closer in real life than it appeared on paper.

From there on the scores were a little more mixed, particularly in the lower half of the final.  Shane & Shannon Jensen were relatively secure in their 3rd place.  They were 3rd in all dances and had the majority of 3rd places in 4 of the 5 dances. With 4,4,4,4,5, Andrei Abrashin & Mariia Gavrylova were 4th but had scores ranging from 3rd to 7th in all dances.  Matt Hauer & Lauren Schelfhaudt were 5th 5,6,5,6,4.  For us their best dances are cha and mambo.  Shandor Shtefil & Aleksandra Barsukov were 6th 6,5,6,5,6 and new to the final, Jonathan Green & Rachel Neilson took all the 7’s. 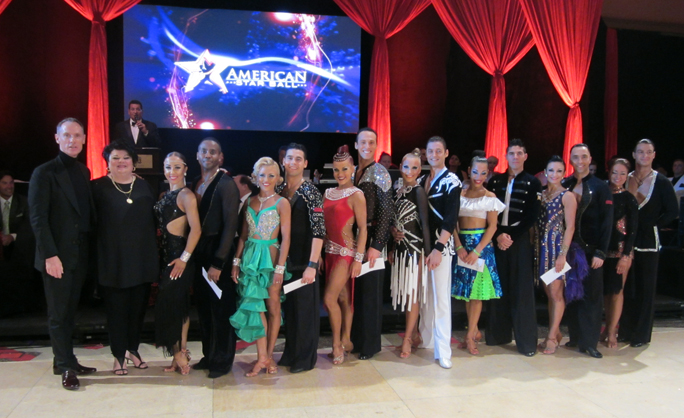 There were 3 live percussionists for this final.  Tom Larson (who had played throughout the weekend), Brent Mills and Eddie Melendez. 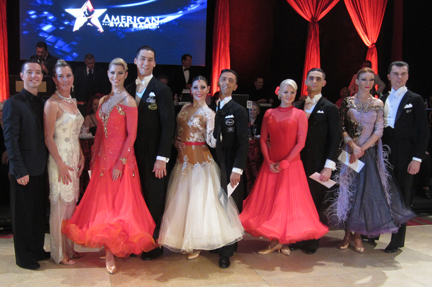 Only 4 couples participated in the Open Pro Ballroom and it was easily won by Andrey Begunov & Anna Demidova.  They won all dances.  The only significant challenge came in the Viennese Waltz where the runners-up, Emanuele & Francesca Pappacena took 4 of the 13 first places.  They were 2nd in all dances.  Anatoli Repliuk & Ruslana were 3rd in all and Nenad Pavolic & Anastasia Barhatova were 4th in all.

Both open amateur scholarships also took place tonight and both were straight finals.  Sam Hacke & Katarina Hermanova won the Ballroom, winning all dances 4 with the majority of 1st places.  They certainly had the most energy of all the finalists.  2nd in all dances went to Stanislav Pavlov & Sandra Spernacka.  They had a more traditional approach than the winners.  3rd in all dances were Daniel Vesnovskiy & Emily Thorpe.  6,4,5,4,4 gave Alec Zhiwei Zhang & Ersi Nie a 4th place finish overall, Brandon Buchthai & Natasha Barrera were 5th, 4,5,4,6,6 and Sam Brandt & Sabrina Yakubovish were 6th 5,6,6,5,5.

The Amateur Latin Scholarship was a close fought affair with the first places being mostly spread between 2 couples, Artur Tarnavskyy & Anastasiya Danilova and Nikita Malakov & Nadezda Vlasova.  The overall event went to Artur & Anastasiya by 3 dances to 2 – 2,2,1,1,1.  Nikita & Nadezda won the first 2 dances.  All dances wre won with a majority of first places except the cha cha.  3rd in all dances were Allen Rusman & Svetlana Lisnaya, 4th in all Stanislav Engelhardt & Tatiana Vasilyeva and 5th Raphael Matis & Jamie Dorotov. 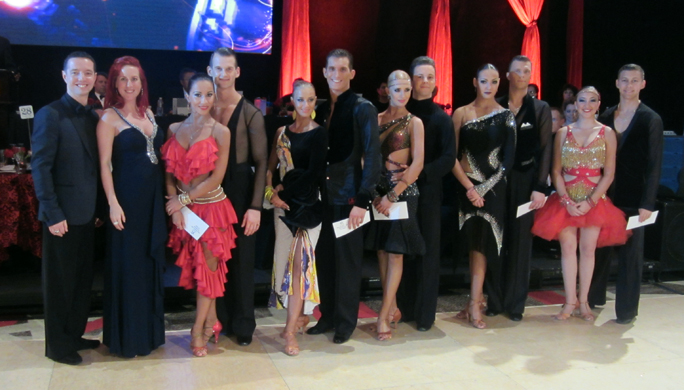 The two remaining professional rising star divisions were also held.  The Smooth had a semifinal and was won by Adrian & Hannah Dydynsky 1,1,1,1.  Stanislav Savich & Nicole Prosser won the RS Latin 1,1,1,1,1. 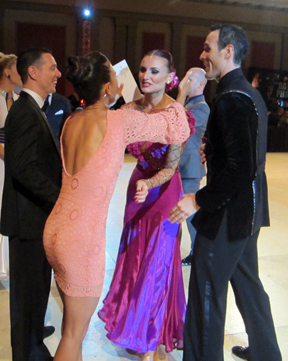 ast night at the American Star Ball the professional events were quite tough to judge, in particular the Smooth, but all three of the main featured events were fabulous.

Mazen Hamza & Izabella were the easy winners with a huge majority of firsts in all dances, only one, two or three judges awarded them second or less in different dances. Their worst mark a third in the Viennese Waltz came from Marianne Nicole. Second overall went to Travis & Jaimee Tuft and they got the majority of seconds and only a few firsts and thirds.  Their worst marks came from Mireille Veilleux who awarded them 5,6,4,4. Third in every dance went to Michael Choi & Erin Marie and they took the majority of thirds with the exception of some high and low marks, their works marks came from Keith Todd who awarded them 6,5,6,5. Fourth were Vladimir & Vera Kosarev, fifth went to Adrian & Hannah Dydynski and sixth was awarded to Jean Paul & Lana Rossi. The smooth competition was excellent with great talent and quite a number of couples, with some very talented couples being left out of the final. 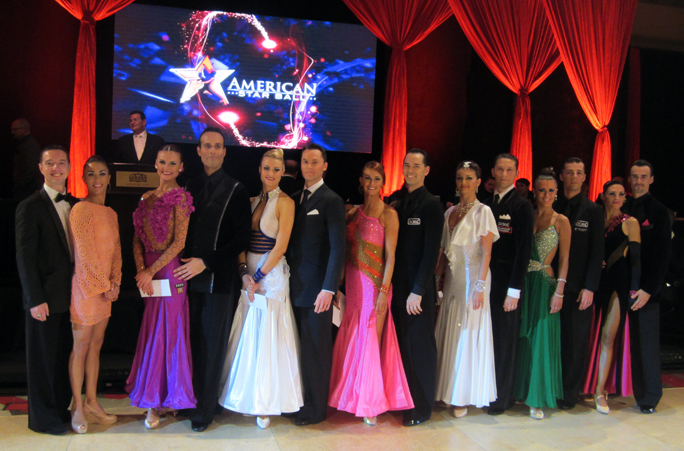 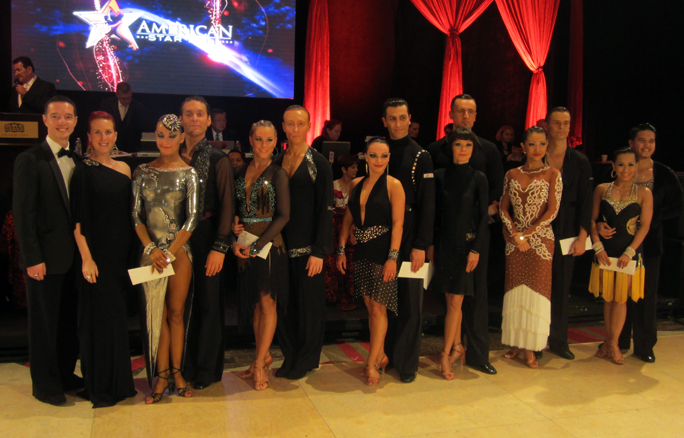 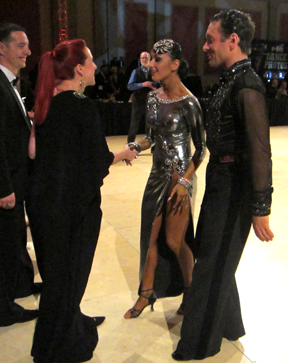 he Open Professional Latin was also a terrific competition.  Here the easy winners for the majority of the judges were Roman Italyankin & Alexandra Bokova and they placed first in every dance.  Their worst marks came from Joe Howard who awarded them all fourth place marks. Second overall was awarded to Stanishlav Savich & Nicole Prosser 2,2,3,2,2, for us it could have been a toss up between them and the third place couple Hayk Balasanyan & Emilia Poghosyan 3,3,2,3,3.  These two couples stood out from the moment the competition got under way and either of them stood a chance for this position. Fourth was awarded to Dmytro & Nina Kovalenko and they took fourth in every dance, leaving all fifths to Nikita Tsernov & Annie He Xiao. Sixth in all dances went to Jungie Zamora & Sheena Daminar. 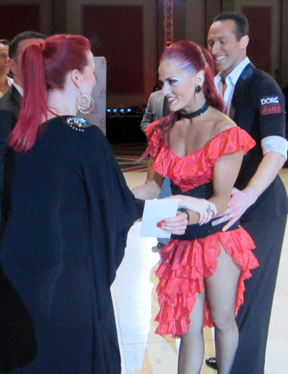 e Professional Open Showdance started the evening professional competitions and here there were four excellent couples, all showcasing unique numbers with great lift work and choreography. The winners overall were Shane & Shannon Jensen who won with a huge majority of firsts, only two of the 2 of the nine judges awarded them less, Didio Barrera who placed them third and Mirelle Veillleux who gave them a second. Second overall was Travis & Jaimee Tuft who took Mirelle’s first place mark with the rest of the judges awarding them second.  3rd were Canada’s Carlos Zapata & Dora Yaneva dancing their new “battle” number.  Only Didio Barrera awarded them a 1st.  4th were Jungie Zamora & Sheena Danimar. 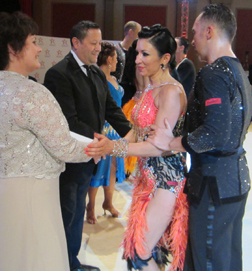 were 2 rounds in the Pro RS Rhythm, a strong division.  Shandor Shtefil & Aleksandra Barsukov won all dances.  Jonathan Green & Rachel Neilson were 2nd in all and Kosta Trifunic & Domante Padleckaite were 3rd, 4,3,3,3,3.

The pro-ams danced 2 styles – Rhythm and Ballroom.  Winners of the open s 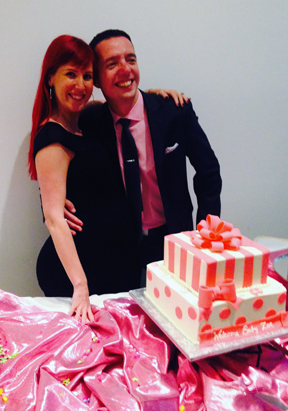 The end of the Thursday night "Nighclub" session turned into a baby shower for organizer, Amanda Reyzin, whose baby is due in just a few weeks.