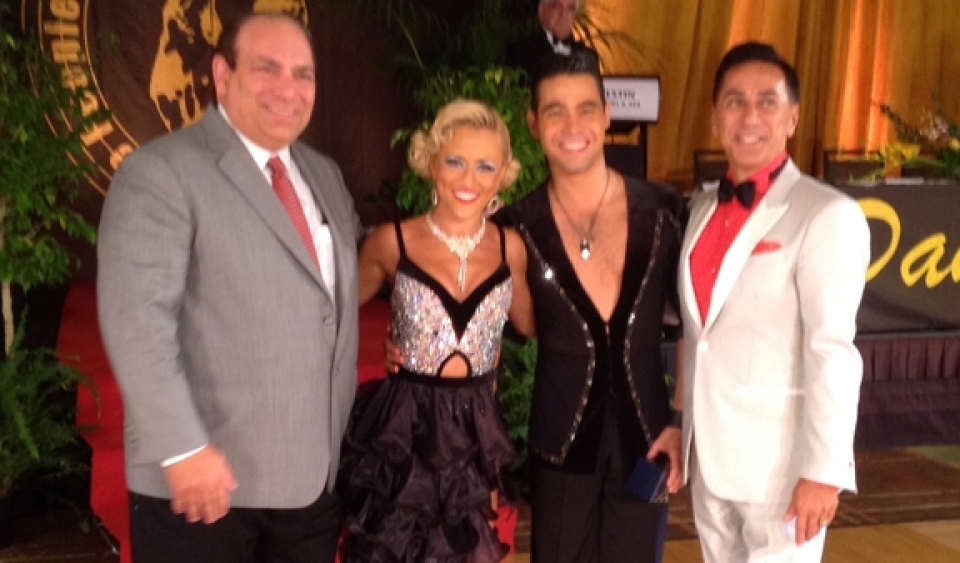 The People have chosen…. Nazar & Irina!

Check out the Peoples' Choice Videos in our Video Section

The People's Choice competition, hosted by Forrest Vance, held this weekend in Scottsdale continued its tradition of having the audience vote for their favorite couples in a Grand Slam kind of event where the Champion of each Pro category compete against each other with one of their number.

This year, the returning favorites, Artem & Inna, were overturned by first time attendees Nazar & Irina.  An unfortunate encounter with the carpet while performing their QS might have caused this result, but in any case, Nazar & Irina were this year's recipients of the People's choice gold medallion sponsored  by Hamra Jewelery.  Congratulations!

The Open Pro finals were of high caliber, and were all dominated by the winners, all of them placing first in all dances.   In their last chance to compete before heading to Blackpool, Artem & Inna placed first in the Ballroom followed by Nick Cheremukhin & Viktorija.

The Latin Sergey Kvashin & Olga Ginsburg and the Smooth to Peter & Alexandra Perzhu.  You can watch the clips and see if you agree with the people's choice!

Look for more on this event coming up shortly with reports from Melissa Dexter, Eddie Stutts and Iliya Reyzin.