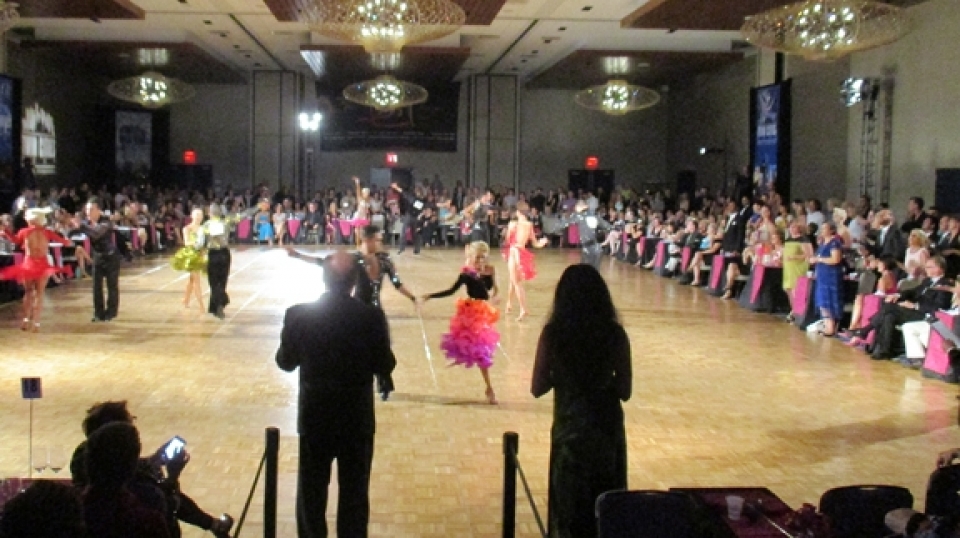 The second leg of the tour in Minneapolis, Minnesota was a model of just how exciting the Star Tours can be. The couples competed to a full house and thrilled the audience and even the judges as they took to the floor to present their solo performances one couple at a time starting with the audience’s pick (The Wildcard). 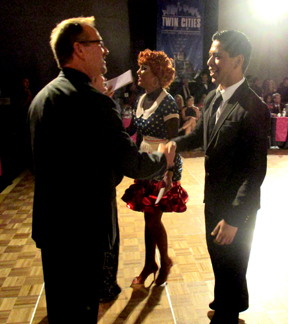 e audience’s favorite tonight and their pick from the semifinalists at this Star Rhythm Tour stop were Slash Sharan & Meghan Anderson from Brookfield, Wisconsin.  Slash & Meghan probably had an advantage here as this is their hometown, but funnily enough when it came to their solo performance the audience pulled away from them leaving them with only 3% of the votes from the audience adding only 1.5 points to their cumulative score. Slash & Megan went out of the box when it came to their solo they did an “I love Lucy” routine with a hint of comedy but very up beat.   However, the judges were also not behind them, they scored the lowest of all the scores a 79.29 overall from the judges. We must also mention that Slash & Megan came with a disadvantage because they did not earn any points in the group competition, they did not make the group final, and so received only 3 points total going into the solos for being the audience favorite.  Their grand total was 83.79 on this second leg of the tour. 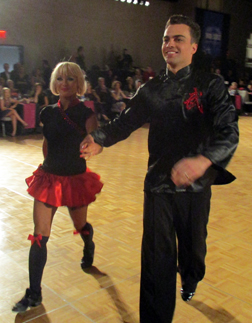 ixth in this leg of the tour was awarded to Aaron & Iryna DeSoto who gave us also an uplifting routine that was well received by the audience and by the judges who awarded them 85.43 points making it the fourth best score the judges gave for the solos in this leg. Unlike Slash & Megan they did make the impressive group competition final and here they earned 5 points total - they placed sixth in every dance and so they picked up a point per dance. They were also the audience fourth favorite in the solos.  They received 9% of the audience vote earning them 4.5 points toward this leg total and placing them in sixth position at this event with a 94.93. Aaron & Iryna participated on the first leg and so to see were Aaron & Iryna stand overall after the second leg, see the cumulative totals here on Dance Beat.  (Star Dance Tours Rules and Results).

Fifth in this leg w 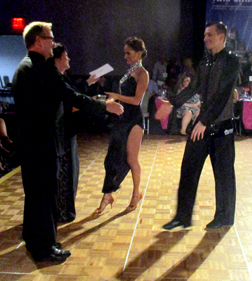 as awarded to Mykyta Serdyuk & Anna Krasnoshapka.  The judges awarded them 85.29 points for their solo routine.  This was quite a good score but the audience failed them.  They only received 2% of the popular vote giving them only 1 point extra towards their final score.  However, they did dance in the group competition and they took 3 fifths and 2 fourths and this gave them 12 points towards their final tally of 98.29 points total. Mykyta & Anna are new to the tour and you can also see where they stand in the Rhythm Tour cumulative scores here on Dance Beat. 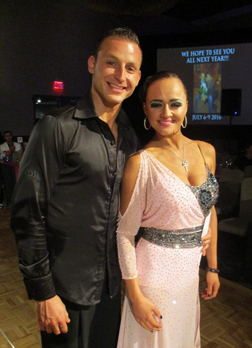 ourth overall on this second stop went to Ilya Velednitskiy & Mariya Ilchenko. They too are new to this tour.  Their solo performance was not placed as well as Mykyta & Anna’s by the judges, but the difference was not great.  The judges scored them 84.86. Ilya & Mariya danced in the group competition final and here they earned one point more than Mykyta & Anna, 13 points total by placing 4,4,5,4,5. In the audience’s eyes they were like Mykyta & Anna, they shared in 2% of the vote and so only 1 point was added to them from the audience. Their total scores for this leg of the Star Rhythm Tour was 98.86. 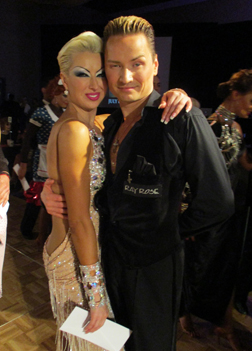 really heat up when it came to the top three places.  Third in this exciting second stop of the tour was awarded to Andre & Natalie Paramonov who received the second best score from the judges awarded in the solo portion of the tour, it was a whamming 96.29 points. This couple also danced in this exciting group final and here they placed third in all five dances earning them a total of 20 points. However, the fans helped but not enough to push them over the top.  They received 18% of the audience’s vote giving them 9 points extra but that was not enough to place first or second. In the end their overall score was of 125.29 points, good enough to stay afloat but they are going to have to work hard on popularity to stay comfortably where they currently stand, second place in the overall race. 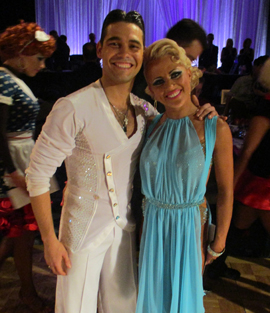 ond on this stop were Nazar Norov & Irina Kudryashova.  They participated in the first leg of the tour at the Colorado Star ball and overall they are currently the front-runners of this Star Rhythm Tour.  However, they won Colorado but here they placed second overall. When it came to their solo performance the judges placed them below Andre & Natalie with 96.14 points (a very small difference). They also placed second in every dance in the group competition earning them a few more points freezing the Parmonovs with 25 points. But their biggest strength on this leg of the tour was the audience who loved this couple.  They earned the best audience score of this leg with 39% of the popular vote, earning them 19.5 points and placing them second overall on this leg of the tour with 140.64 points total. 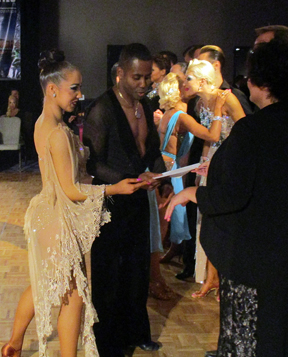 this leg of the tour were Emmanuel Pierre-Antoine & Liana Churilova who, if you remember, were knocked down to last place at Colorado for breaking the time rule of the tour. However, this is a very resilient couple that came back stronger than ever.  This time without breaking any rules, they earned the highest score from the judges for their solo performance, a 97.86. They won all dances in the group competition taking perfect scores in this section of the tour and that was 30 points total. They too were prepared and did a good job mobilizing their fans around the country.  They received the second most amount of points after Nazar & Irina, 13.5 points coming from 27% of the audience vote total.

For us and for everyone participating and watching at home this was a nail-biting experience.  The couples’ performances were all beautiful and exquisite to watch. The tension builds as we move on to leg three of the Star Rhythm Tour in Nashville, Tennessee that will finish at the home of the tours, the City Lights Ball. We want to thank all the couples for their effort and for their participation.  You can see that when we all push together we can move mountains and we are moving mountains and setting new standards for dancing and compensation for professional dancing in America. 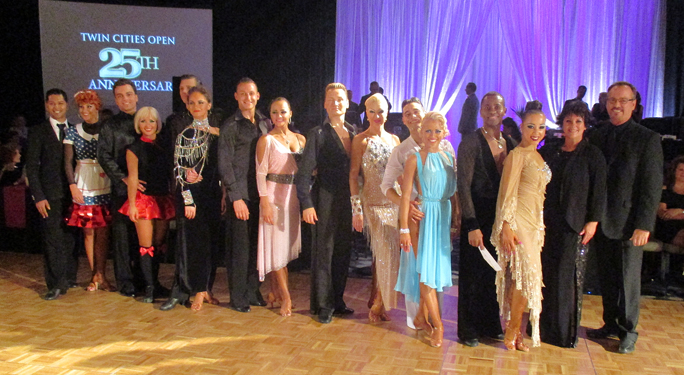