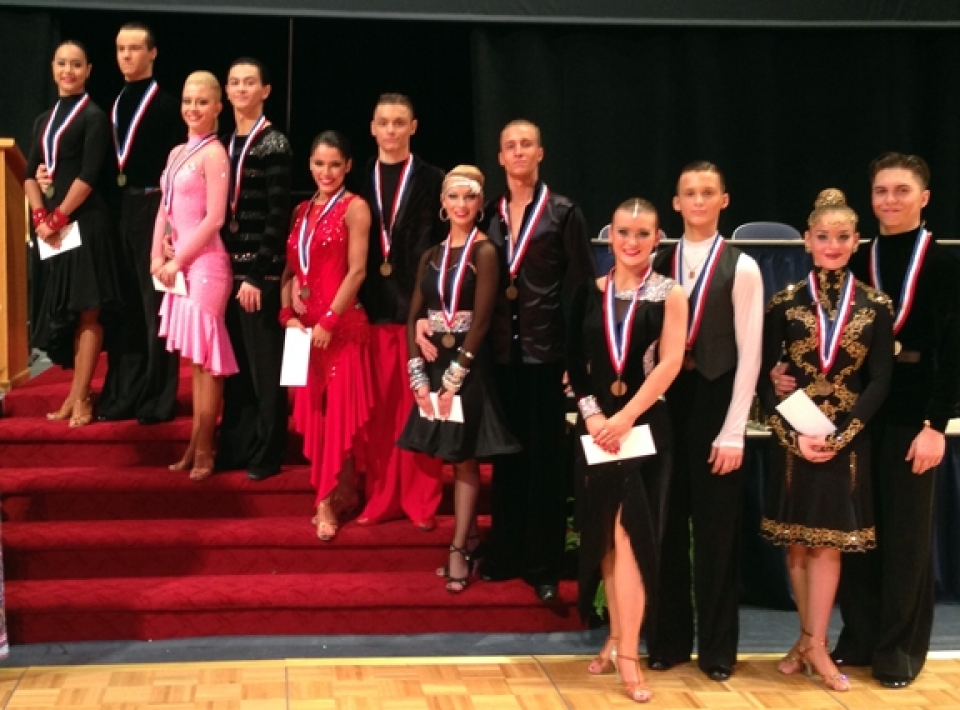 Placing first in Cha Cha, Paso and Jive and as such the U.S National Youth Champions for 2014 Briant Leytman and Nino Dzneladze. A beautiful couple with a mature approach to their dancing. I like their choreography and style, which is based on great traditional Latin American dancing. Great potential for continued future success as they work on sound fundamental Latin principals.