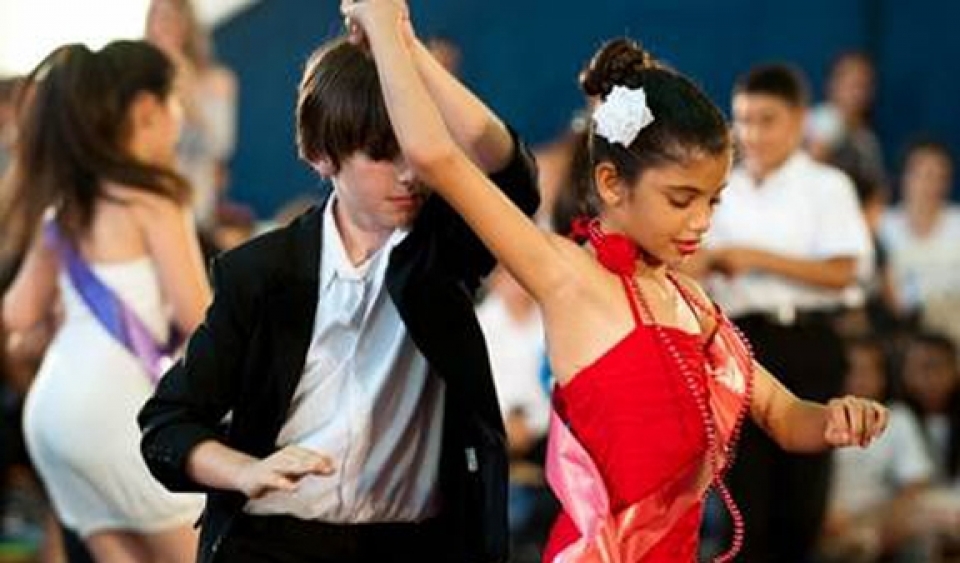 Dancing in Jaffa
A Famous Palestinian dancer takes his unique talent to the city of his birth. By Keith Todd On April 11th 2014 a documentary entitled “Dancing in Jaffa” opens in New York.  Executive Producers are LaToya Jackson, Nigel Lythgoe (So You Think You Can Dance) and Morgan Spurlock.  The Director is Hilla Medalia (To Die in Jerusalem), the Producer is Diane Nabatoff (Take the Lead) and the star is  - Pierre Dulaine.

New Organizer Joins Maryland Team Report by Keith Todd
Photos by Ryan Kenner Photography
The mother/daughter team of Glenis Dee and Andrea Ringold, were joined at he helm of the Maryland Dancesport by veteran pro-am competitor and industry professional, Blake Kish.  With over 6,000 entries this also coincided with the largest event in the competition’s history.

"Dancing: the vertical expresion of a horizontal desire legalized by music." 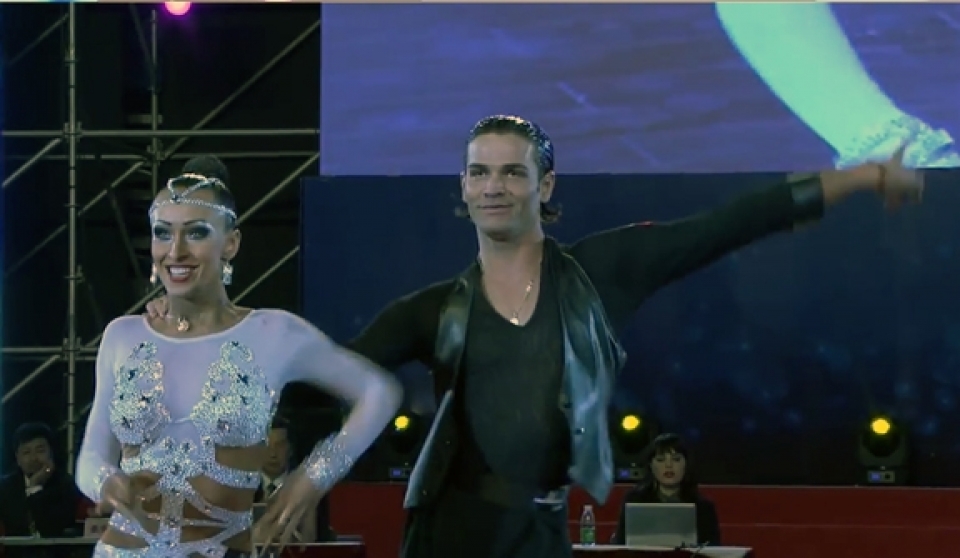 WDSF Final Grand Slam in Shanghai China Report by Renata Shvarts Every December for the past 5 years Shanghai graciously hosts the grandest and the most prestigious WDSF event in the world.

"Opportunity dances with those already on the dance floor."

The Final Grand Slam invites the top 12 couples based on their performance scores through the year at the other 5 Grand Slam events.  In 2013 the 5 countries that had the honor of hosting Grand Slam competitions were: Spain, Hong Kong, Germany, Beijing and Moscow.  The biggest difference between Grand Slam events and traditional competitions is the judging system.  Created especially for Grand Slams, this system strives to take subjectivity out of judging. It is modeled after the system used in judging figure skating.  The vision is of course is to perfect it in order to, one day, use it in The Olympic Games. 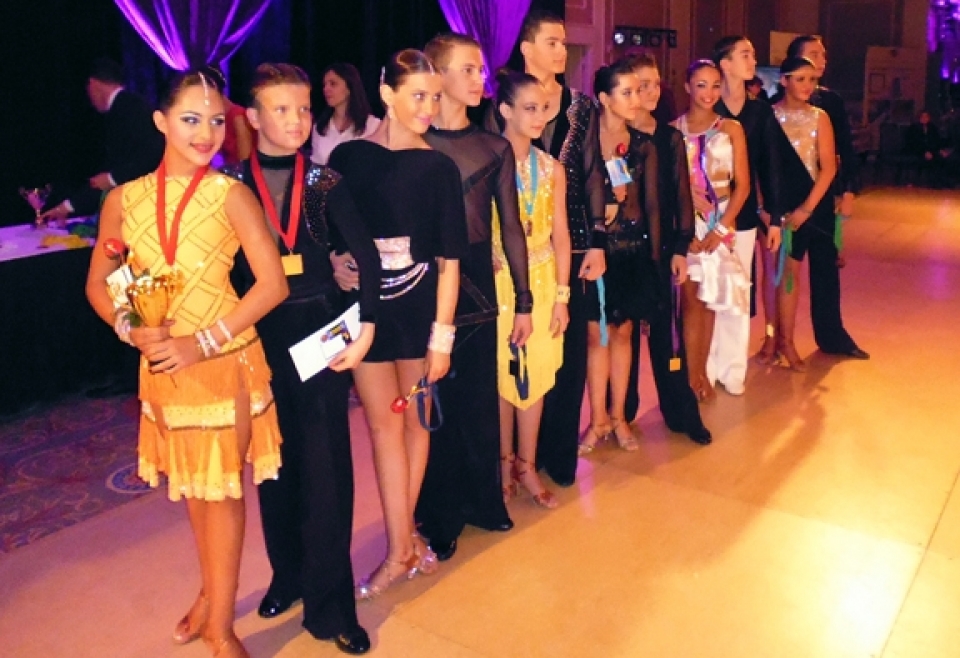 Boston Cup Junior II Latin Report by Bill Sparks 1st place couple Kristers Smite & Sophie Shvartsman - Good Winners. They danced everything quite well with nice chorography, and controlled body actions. I would have liked to see a bit more body dynamics and energy as well as finishing off their movements for an even stronger floor presence. 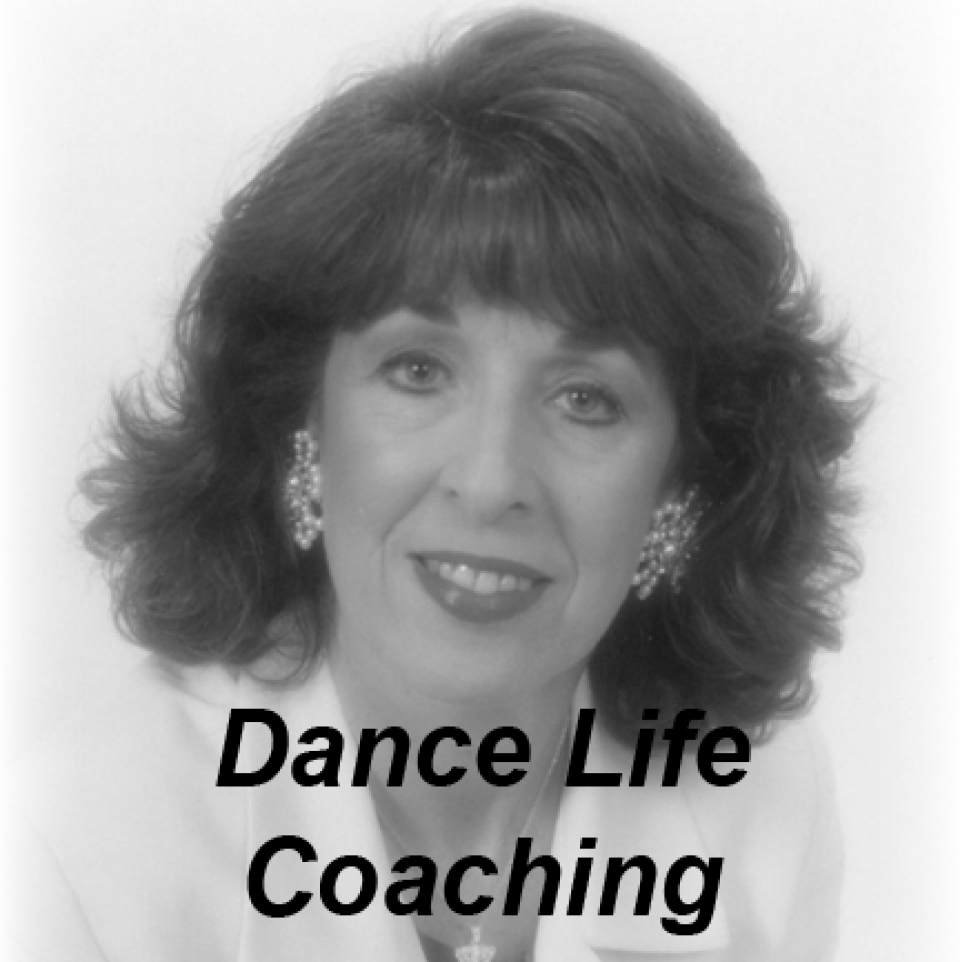 DANCE LIFE COACHING
A Column To Help Dancers Journey In Life
By Susan Silva “COPING WITH STRESS” As I sit here and write this article, I am once again snowed in and cannot go out or do very much.  I can choose to stress over this, since there are many things I needed to accomplish or just take a deep breath and let the stress go.  As children most of us were happy when snow came, no school and we could play.  But as adults with a busy life, especially in the Ballroom Dance Industry, snow is not good.  For instance this weekend is a competition in Boston, where many people need to travel to, and may not make it because of the weather. 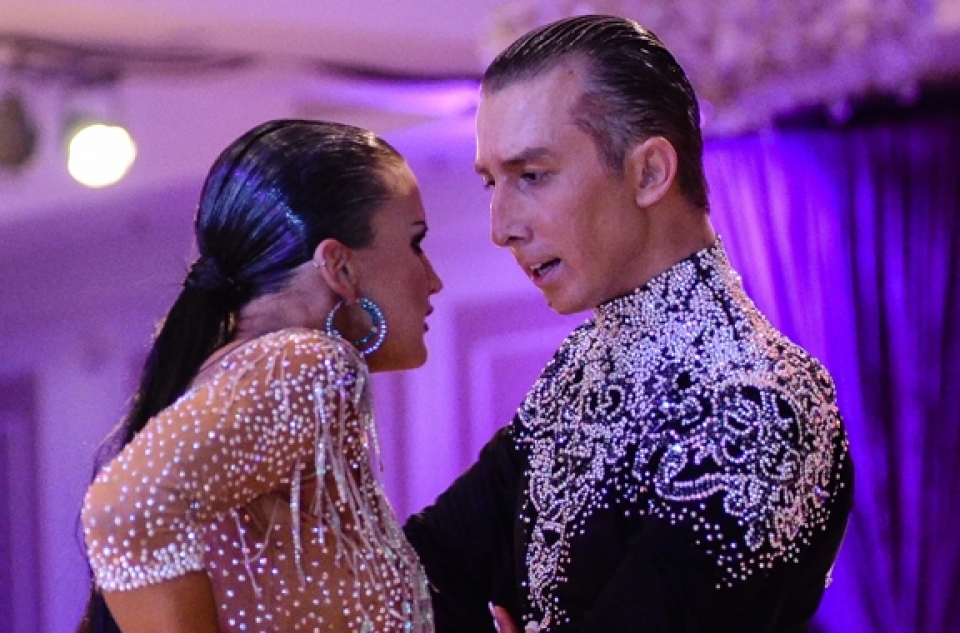 Boston Cup Amateur Latin Report by Diana McDonald
Photos by Lisa Dubinsky This event started as a semi final and a very exciting one at that. Making the final and placing 6th was Stas Engelgardt & Tatiana Vasilyeva from Massachusetts (6,6,5,6,5) This couple has lots of potential but like many taller couples, they suffer from over traveling rather than working with energy in the floor to produce more core action and better balance. I’d love to be that height, don’t waste it! 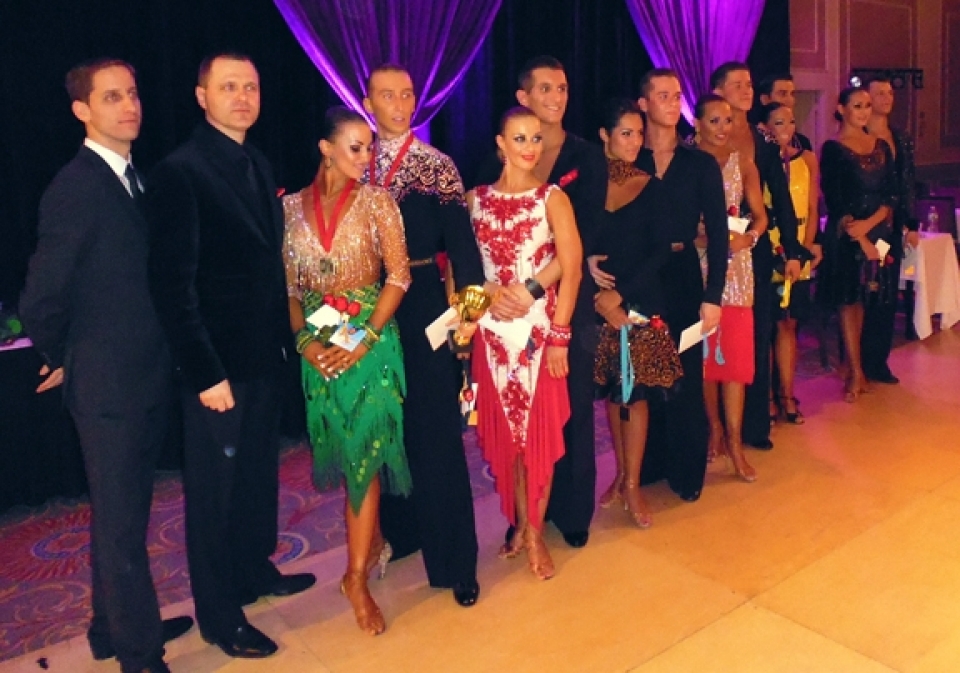 Boston Cup Blends Junior & Pro-Am Report by K. Todd The Boston Cup, held Jan. 25 in Framingham, MA, was a mighty 1-Day competition that seamlessly (almost) blended all styles and levels of pro-am dancing with junior and amateur divisions.  It had 1500 entries and provided a full day of dancing beginning at 8:00 AM.

UK Open Latin Championship 2014 – Part 2 This time Allan Tornsberg tackles the UK Open Pro Latin Report by Allan Tornsberg
Photos by Andrew Miller Wow!! This year's Professional Latin competition at the United Kingdom Championship seized the spectators by the eyes and the ears and lifted us to a height above our loftiest expectations.  The overwhelming feeling was one of pulsing excitement and sparkling inspiration, from the early afternoon rounds to the exultant final.