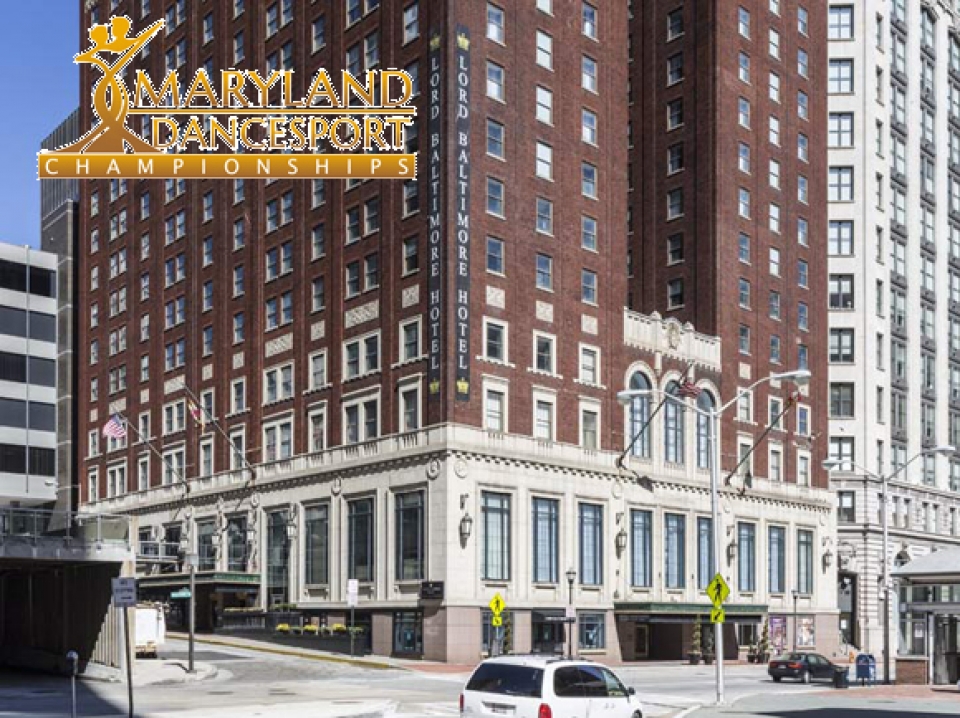 The last night of the two-day Maryland Dancesport Championship ended on a golden note with the four open professional championships and two open amateur events, it was a packed day of competition with pro/am events during the day and the professional and amateur events closing the night.

View the embedded image gallery online at:
https://dancebeat.com/m-blogs-en/item/1363-mddance2017#sigProIdd544fce454
In the Professional Rhythm Championship Andrei & Natalie Paramonov placed first in every dance, the biggest surprise I think for all of us was the Rhythm debut of Dmitri & Olena Nikishkin who up until this night have competed in Latin events only. Dmitri & Olena placed second overall by taking second in four dances and third in the mambo. A number of people commented after the competition was over that Dmitri & Olena were excellent but played it safe not making a bigger splash, perhaps trying to be correct to the new style they are competing in.

Third in this Rhythm event went to Shane & Shannon Jensen and they placed third in four dances and second in the mambo. The rest of the final was as usual with Mykyta Serdyuk & Anna Krasnoshaka taking fourth 4,4,4,4,6, Alberto Cortez & Jessa Mae Briones placing fifth 6,5,5,5,4, and Ilya Abdullin & Tara Barakov awarded sixth 5,6,6,6,5.

View the embedded image gallery online at:
https://dancebeat.com/m-blogs-en/item/1363-mddance2017#sigProId2c8bbd71e5
There was no surprises in the ballroom competition Alexander Voskalchuk & Veronika Egorova were first in all dances with perfect scores in the waltz and taking the majority of firsts in all dances. It was not as clear when looking at the marks from second position down it was a struggle for all couples. Oscar Pedrinelli & Lenka Kovalcikova placed second overall but not in all dances, in the foxtrot they took third place. Igor Mikushov & Ekaterina Romashkina were third in four dances and took the second in the foxtrot from Oscar & Lenka. Emanuel & Francesca Pappacena were fourth, Yuriy Nartov & Sarika Hudson were fifth and sixth was awarded to Simeon & Kora Stoynov.
View the embedded image gallery online at:
https://dancebeat.com/m-blogs-en/item/1363-mddance2017#sigProIdaa667f85e9
The Professional Latin went to former Amateur Latin Champions, Pasha Pashkov & Daniella Karagach and they placed first in all dances with a majority of firsts in all dances. Second place was awarded to Artur Tarnavsky & Anastasia Danilova taking second in all dances and third position went to Aleksandr Skarlato & Loreta Kriksciukaityte who took third in all dances. Fourth place went to Vlad Astafiev & Annie He Xiao placing fourth in four dancing and tying for fourth in the paso, fifth place was Ivan Kudashev & Kseniia Sokolova they took fifth in four dances and sixth in the paso and sixth position was awarded to Simeon & Kora Stoynov 6,6,6,T4,6.
View the embedded image gallery online at:
https://dancebeat.com/m-blogs-en/item/1363-mddance2017#sigProIdf6520983e5
The Professional Open Smooth also ran this same evening and here Nick Cheremukhin & Viktorija were awarded first in all dances, Roman Malkhasyan & Kat Wagner took second overall. Mykyta Serdyuk & Anna Krasnoshpka were third overall but took a fourth in the waltz, that third place mark in the waltz went to Enzo Zappia & Stephanie Betts who placed fourth in all other dances. Fifth in all dances was awarded to Slawek Roszak & Denise Sobiewski and sixth were Ilya Abdullin & Tara Barakov.
View the embedded image gallery online at:
https://dancebeat.com/m-blogs-en/item/1363-mddance2017#sigProIda25cd85f5a
The two open amateur events were also well attended and in the Ballroom Samuel Hacke & Katerina Hermanova took first in all dances. Alec Zhiwei Zhang & Zhuoshi Xie took second in all dances and third went to Ira Pollock & Noelle Sun and they took third in all dances. Fourth were Kevin Lu & Yun-Han Huang with the scores of 4,5,4,4,4, fifth went to Xingmin & Katerina Lu 5,4,5,5,5, sixth were Thomas Wyderko & Brandylyn Arrendodo who took sixth in all dances.
View the embedded image gallery online at:
https://dancebeat.com/m-blogs-en/item/1363-mddance2017#sigProId4c1fe56ab1
In the Amateur Latin Scholarship Tagir Mansurov & Alexandra Kondrashova took first in all dances. Yevgenni Orlov & Maryna Yerina were second 2,2,2,2,3, Artem Zhychuk & Klaudia Petriti were third 3,3,3,3,2. In this style Samuel Hacke & Katarina Hermanova placed fourth 4,4,4,4,5, Mitchell Itkin & Natasha Shevchenko took fifth 5,5,5,6,4, Eric Groysman & Dakota Pizzi were sixth 6,6,6,5,6, leaving Andrew Sim & Emily Cobb-Hines holding seventh in all dances.

This was a packed evening perhaps leaving the judges with sore feet and shoulders from holding a pad. However, it was a fantastic witness to dance and the beautiful ballroom complimented the content of the competition. We look forward to attending next year.

View the embedded image gallery online at:
https://dancebeat.com/m-blogs-en/item/1363-mddance2017#sigProId1dfd739476
Aleksandra Gisher was the only judge to award them a second. In the same event former well-known amateur Latin couple, Pasha Pashkov & Daniella Karagan danced in the Professional Cabaret taking second overall. We must point out that unlike Shane & Shannon who almost had perfect scores they got marks from 4th to 2nd place.
View the embedded image gallery online at:
https://dancebeat.com/m-blogs-en/item/1363-mddance2017#sigProId2ec5d8daa0
Third in this very interesting Showdance event went to Kudashev & Sokolova who showed a very varied routine, where they used elements form at least two ballroom styles and combined them into an Elizabethan period piece with the man wearing a powdered wig that continuously shed powder throughout the routine. Fourth place was Andrew Escolme & Amy Baker who did their own interpretation of Malaguena and fifth place was awarded to Zachary Pohl & Ariel Freilich who did a cabaret style routine and some of their moves were death defying. However, as one other judge put it after the competition was over, some of their entrances and exits as well as some of their transitions were a little shaky.
View the embedded image gallery online at:
https://dancebeat.com/m-blogs-en/item/1363-mddance2017#sigProId16d07ca4bb
This year Maryland moved to a new venue, the Lord Baltimore Hotel in downtown Baltimore. This is historic hotel that opened in 1928. It has a beautiful, ballroom that well suits a dance competition. New this year also is the addition of Igor Litvinov to the organization team of Ilya & Amanda Reyzin.

Tonight all other open events will be happening and it looks like a set up for a terrific competition. We will bring it to you soon here on Dance Beat.