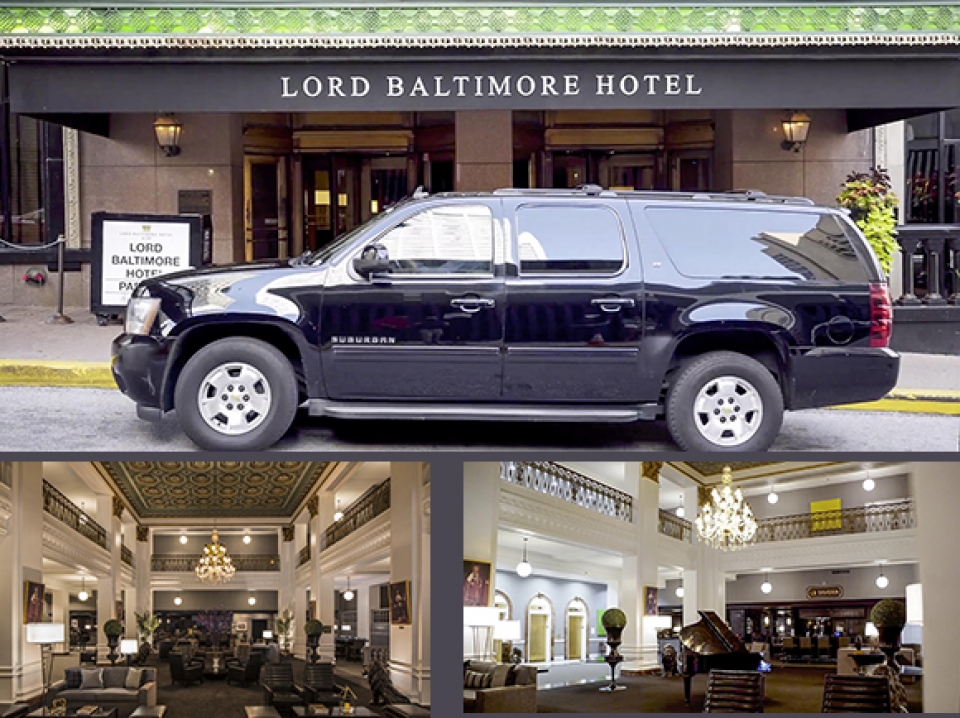 A Night to Remember!

The last night at the Maryland Dancesport was mainly about all the open professional events.

And all the events had great talent, possibly challenging for the judges and very entertaining for the audience.

View the embedded image gallery online at:
https://dancebeat.com/m-blogs-en/item/1711-maryland2019#sigProId2ec0ee8d4c
The Professional Smooth was one of these events and here clearly the best couple in the final by far was Travis & Jaimee Tuft, who placed first in all dances and got perfect scores from all judges.
View the embedded image gallery online at:
https://dancebeat.com/m-blogs-en/item/1711-maryland2019#sigProId58c5c6b7f9
The contest for second and third place was a different story with two couples challenging hard for the runner-up position - Jan & Adele Don and Aleksandr Vukosavljvic & Neveda. In the end it was a tie for second place between these two couples Jan & Adele placed 2,2,3,3, and Aleksandr & Neveda 3,3,2,2. As you can see each couple had basically the same amount of marks after the final dance. A Rule 11 had to be used to break this tie and Jan & Adele ended up in second place, leaving Aleksandr & Neveda holding third.

The rest of the final was a little easier with the Rising Star winners from the night before Evgenii Rozenfeld & Maria Shumakher taking fourth in all dances and Aleksandar Bonev & Olga Aidasheva placing all fifths.

The Ballroom was also a terrific competition, a seven-couple final took to the floor, with the majority of couples in great form and with at least 3 couples making some major improvement in their game. We are sure that there must have been some difficult decisions for this panel of adjudicators on more than one count. There is never enough time in a normal heat, there is certainly not enough time to see seven excellent terrific couples within a minute 30 or 45 in each dance, this is where impression judging is at its best and the fact that there were 13 judges makes sure a sound decision is called.

View the embedded image gallery online at:
https://dancebeat.com/m-blogs-en/item/1711-maryland2019#sigProId56c2c76be9
First in all dances went to Andrii Mykhailov & Anna Bohachova, and they won all dances with a majority of firsts. However, they did lose a number of firsts, with most of them going to the runners-up, Andrey Begunov & Anna Demidova who placed second in all dances, and who have made tremendous improvement in their game and in many of the dances we can see why they took a number of firsts from the winners. There were two judges that were particularly harsh to Andrii & Anna, Paul Holmes who awarded them these marks 4,4,4,4,4 and Gary McDonald who awarded them these marks 4,2,4,2,3. There was another judge that awarded them less than second and that was Bill Sparks who awarded 3,3,3,3,2. In our opinion Andrew & Anna could have easily win but we would have never thought of Andrii & Anna to be anything lower than second, their quality of movement is excellent, but as I said before that is why 13 judges are important in a heat of this caliber.

Also very imporved and awarded third position were Richard Tonizzo & Clair Hansen with these marks 3,4,3,3,3. It had been a long time since we have been as excited for this couple, because they have tended to be in the same mode for quite a while now. We want to tip our hat to them, now making a very strong stride and perhaps taking more risk than before. Fourth was awarded to Nazar Batih & Mariko Cantly who the night before thrilled us with their Showdance performance, and they placed fourth with these marks 4,3,4,4,4. Another couple that is a little understated but who we also though much improved was Sergey Izyumov & Oksana Zaver. We love their very basic “no frills no thrills” performance and thought them of good quality, perhaps we are too much of the old guard who just likes basic Ballroom, but we thought them to give a well-executed performance last night, worthy of a higher placement, than the 5th place in all dances they were awarded. Sam Sodano and Didio Barrera were in the minority who thought they should get higher than fifth position.

The rest of the final was all a straight run, Riccardo Conte & Eleonora Filippi took all sixth places, here was another very talented couple that is new to the scene and seventh position in all dances and from all the judges went to Kent Berkey & Yuko Ota.

View the embedded image gallery online at:
https://dancebeat.com/m-blogs-en/item/1711-maryland2019#sigProIdc2e8ff51af
The Open Latin was a little of a disappointment. Artur Tarnavskyy & Anastasia Danilova won the competition easily with first in all dances from all judges, but the rest of the final left lots top be desired. In the end for us it was a close call between all the couples but second place went to Alexandr Nabiullin & Valeriya Ryabova who took second in all dances and for us just walked around the entire time. Third were Artur Shevetson & Phoenix Linsong and fourth went to Daniele Fulvi & Veronica Criscione.

We have to say that the hotel, Lord Baltimore, was super charming with its fancy bar and excellent rooms and ballroom, it is always nice to stay in such a historic hotel!

Great night for the Stars!

Friday February 1st here at the Maryland Dancesport, in the historic hotel Lord Baltimore Ballroom, was all about the Rising Stars and the Professional Cabaret!

View the embedded image gallery online at:
https://dancebeat.com/m-blogs-en/item/1711-maryland2019#sigProIdcd20cafcbf
We can see now how Nazar Batih & Mariko Cantley made it to the World Professional Showdance final, their routine was amazing! They not only showed us good quality Ballroom but also some very clever lifts and tricks that went right with the music making all the judges move their pens to mark them first and the audience to give them hearty applause. Second in this excellent three-couple final went to Alexei Bazyle & Darya Splender who also gave us a ballroom show dance routine, and third went to a Latin number by Ivan Sovotov & Valeria Mkrtchian.
View the embedded image gallery online at:
https://dancebeat.com/m-blogs-en/item/1711-maryland2019#sigProIda880b1a63c
The rest of the night was about the Professional Rising Star events. The Rising Star Smooth went to Evgennii Rozenfeld & Maria Shumakher placing first in all dances. Second was awarded to Ivan Sovotov & Valeria Mkrtchian and third was given to Roman Doroshenko & Iryna Savushikina.
View the embedded image gallery online at:
https://dancebeat.com/m-blogs-en/item/1711-maryland2019#sigProId6dde937e69
In the Ballroom the win went to Aleksei & Elena Minaev who won all dances. Second was awarded to Eiccardo Conte & Eleonora Filippi and they took second in all dances and third in all went to Mykhailo Anufriiev & Anna Vietrynska.
View the embedded image gallery online at:
https://dancebeat.com/m-blogs-en/item/1711-maryland2019#sigProIdf811c72230
In the Professional Rising Star Rhythm first place in all dances was awarded to Kristian Sese & Mae Lozada, second overall went to Aleksei Shipilov & Julia Mitina with these marks 2,2,3,2,2, and third was Tomas Vasicek & Vitalija Tyrnova 3,3,2,3,3.
View the embedded image gallery online at:
https://dancebeat.com/m-blogs-en/item/1711-maryland2019#sigProIdcd218a2fd9
Two couples took to the floor for the Rising Star Latin division and here Aleksei Shipilov & Julia Minita won all dances, second was awarded to Damiele Fulvi & Veronica Criscione.

Satruday all the Open professional divisions took place and we will be bringing you the results and commentary tomorrow.