Doing it Dance By Dance at Empire

Once again last night, Empire State, ran the open professional events on a dance by dance basis meaning that there was the potential for different finalists to be called for each dance.  This is what occurred in one style but not in the other.  In the Rhythm the same 7 finalists were recalled for all 5 dances, but not so in the Ballroom. 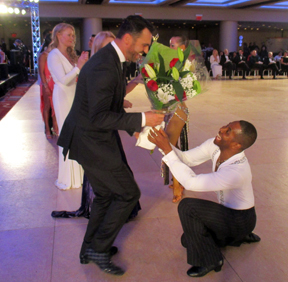 e rhythm brought together the number 1 and number 2 couples in the USA currently, Emmanuel Pierre Antoine & Liana Churilova and Nazar Norov & Irina Kudryashova.  Emmanuel & Liana, current US Champions, won all 5 dances.  They received perfect scores (17 1st places) in mambo.  The closest scored dance was swing where they won by 11 to 6.  Interestingly no other couple received a 2nd place except Donovan Dominguez & Rose Dimov.  Pat Traymore marked them 2nd in mambo and Nazar & Irina 4th. 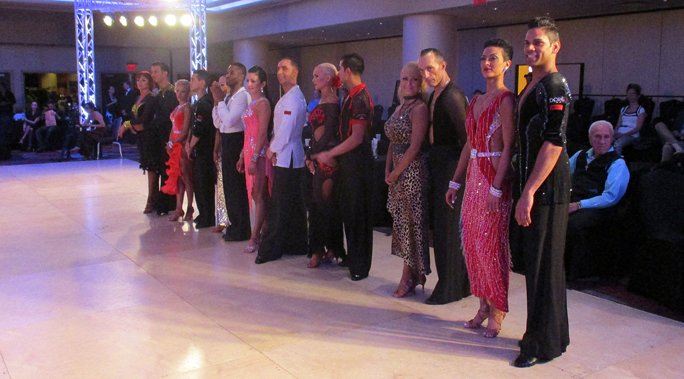 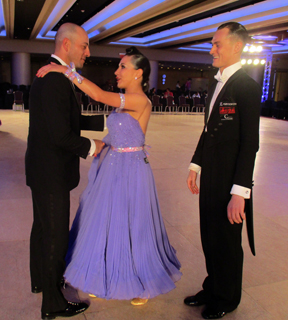 at Giamev & Alina Basyuk easily won all 5 dances in the Ballroom.  Only 1 judge seriously dissented on their win and that was Michael Mead who placed them 4,3,4,2,3.  Actually 5 couples made all 5 of the finals and they finished in the following order:  2nd in all dances were Anton Lebedev & Anna Borshch;  3rd in all Iaroslav Bieliel & Lilia Gladiuk.  4th overall went to Rudy Homm & Katia Kanevskaya 5,4,4,4,4 and the last couple to make all finals, Oscar Pedrinelli & Lenka Kovalcikova were 5th 4,5,5,5,5.  Making the top 6 in 3 dances, Igor Mikushov & Ekaterina Romashkina were 6th 6,6,7T,7T,6.  Richard Tonizzo & Claire Hansen placed 6th in VW and 7th overall and Vladislav Shakhov & Ekaterina Popova were 6th in FT and 8th overall. 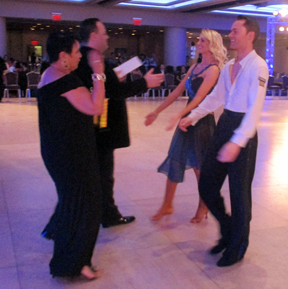 he Pro Cabaret had 9 entries of varying quality.  The winners were Travis & Jaimee Tuft who were in exemplary form last night and we agreed with the judges’ decision.  Craig Smith & Micheline were 2nd but had some rough moments in their routine we thought.  3rd were Daniel Enskat & Ahtoy Wonpat Borja and one of our favorites, James Brann & Sayra Vazquez were 4th. 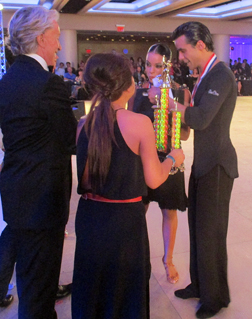 e Open Amateur Latin was a royal match up of some of the leading couples in North America.  Not surprisingly no couple received a majority of 1st place marks in any dance.  However, winning 4 dances and placing 2nd in cha cha were Tal Livshitz & Ilana Kesselman – a much better result for this couple than at Manhattan Dancesport a month ago.  2nd by placing 1,2,3,3,2, were Sasha Chernositov & Arina Grishanina.  This couple has taken the world by storm lately and this was still a good result for them.  Andrei Tarnavskyy & Anastasia Danilova were 3rd, 3,3,2,2,5.  4th place tonight went to Pasha Stepanchuk & Gabriela Sabler, 4,6,4,4,3.  Interestingly Pasha & Gabriela received the most 1st places of any couple in a dance – that was 6 in the jive.  5th and 6th fell to two u/21 couples.  Austin Josen & Nino Dzneladze 5,4,5,5,4 were 5th and Adam Hathazi & Morgana Lakatos-Hayword were 6th 6,5,6,6,6.

The Empire is Back! 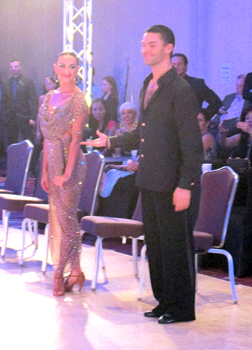 he Empire State Championship is back but this time in the heart of Manhattan at Times Square in the Marriott Grand Marquis. You step out and you’re in the middle of the square surrounded by hundreds coming to see where it all happens!

And it's all here! The Empire last night had three major feature events the Professional Latin & Smooth and the Amateur Ballroom, all had great participation and terrific entries.

The professional events were judged a dance at a time meaning you could make it into the final of the cha cha but not the samba and every dance in both the Latin and the Smooth was judged the same, separately.

The obvious winners to us in the Latin were Manuel Favilla & Natalia Maidiuk. They won by a dance by winning the S,R,J and placing second in the other 2 dances.

For these two professional events it was open marking and there was a few oops and ahs from the attending audience. One judge dissented and placed the winners 6th. Wait for the full article for details on this and other events. 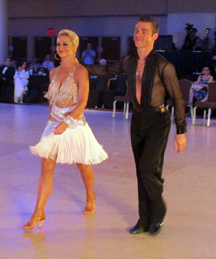 Second in this excellent heat and winning the Cha and the PD were Nikolay Voronovich & Maria Nikolishina. They too had plenty of fans in the audience making it an exciting final to watch. Third overall in this parade of stars was awarded to Kamil Studenny & Anna Pelypenko 3,4,3,3,4. 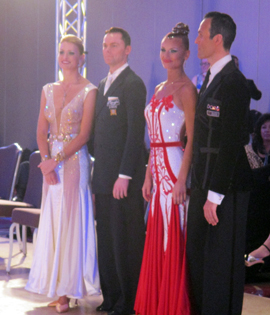 he Professional Smooth was also run one dance at a time but here there were few or no any variables. Mazen Hamza & Izabella won all four dances, Travis & Jamie Tuft took all seconds, and Kyle & Allie Spinder took all thirds. All fourths went to Jean Paul & Lana Rossi. Fifth in all was awarded to Dmitry Ilyushenov & Kateryna Stytsenko and all sixths went to Morten Jensen & Anastasia, leaving 7th place for Shandor Shtefil & Aleksandra Barsukov. 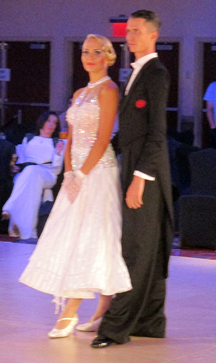 Amateur ballroom all dances went to the Ends.  Second overall was Klepadlo/Bakhtiarova they placed second in every dance but the quickstep where they took 4th. Third place overall went to Cutler /Primeau, they took third in w,t,VW, fourth in the fox and second in the quickstep. Fourth was awarded to Plozaj/Kaczmarski 4,4,4,3,3 and fifth was Hacke/Hermanova and sixth was Pavlov/Spernacka.

The evening concluded with high-energy local team match! Everyone had a great time the only problem is that it took us into the morning hours, making the after party less desirable to attend. Or at least for the Dance Beat group. However, the competition was worth the time, in our opinion it was an excellent night for the Empire at Times Square, New York City.