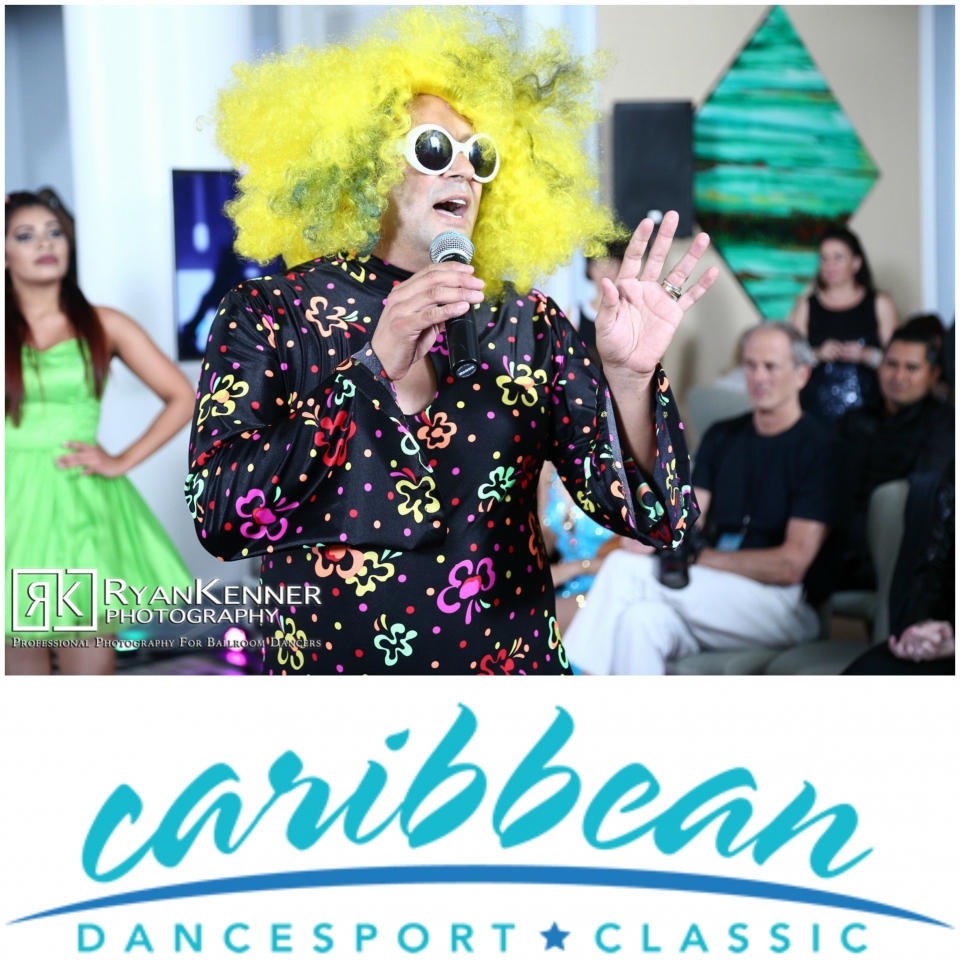 The Grand Finale at Caribbean!

Saturday was a perfect day. Upon finishing the morning session early, all guests, judges, and dancers hit the beach to soak in the sun and play in the warm ocean water. The evening session consisted of a cocktail reception and a sit down Gala dinner with general dancing. The service and quality of the dinner gala was of Ritz-Carlton class. Then all attendees were treated to a wonderful set of Professional Events.

In the Professional Showdance division there were three couples. In first place were Andre and Natalie Paramonov. Second place went to Travis and Jamie Tuft. In third place were Andrew Escolme & Amy Baker.

The morning session had the Ballroom Pro-Am events. In scholarship A in second place were Kelly Almond with Tibor Kerekes and in first place were Susana Yu with Igor Mikushov.

Top Teacher and Top Studio prizes were awarded in the evening as well. Top Studio went to Supershag from Boston, MA. Night ended with the usual dose of Latin social dancing unto the late hours of the night. On Sunday, Caribbean Dancesport is hosting the Catamaran boat tour with package holders!

Hayk Balasanayan and Emilia Poghosyan were the Star Tour winners of the night with majority audience vote and top solo scores. In the final they placed fourth (4,4,4,3,4). Their worst scoring judge was Danny Villavincencio who placed them sixth and seventh in all dances.

Artur Tarnavskyy and Anastasia Danilova were the Pro Latin winners (1,1,1,1,2) and second on the showdance final, but scored poorly in audience votes. This placed them 3rd in the nights tour.

Dmitry Nikishkin and Olena Nikishkin-Shvets placed 2nd overall for the night. In the final they took second place (2,2,2,2,1) and third in the showdance. They had the second best audience votes.

A new couple to the United States - Andrew Escolme and Amy Baker – joined us for the tour. They placed fifth (5,5,5,5,5) in the final and fourth in the solo piece. They lacked strong audience votes, but could be attributed to them being new in the area.

Igor Colac and Roxane Milotti placed 5th in the solo and overall final standing for the night. In the heat final they placed Seventh (7,7,7,7,7).

Two couples did not compete in the solos, Jake Davies and Alyona Kalinina who placed sixth (6,6,6,6,6) and Ilya Maletin and Polina Maier who took third place (3,3,3,4,3).

The Open Scholarship Rhythm events were also held. In Open A second place went to Lindsay Milam with Joze Perez. In first place were Sophia Montanez with Daniel Vasco.

As always in San Juan, the dancing kept going off the competition floor through the after party in hotel main lobby and late night walks along the beach.

It is that time of the year again as we gather in San Juan, Puerto Rico surrounded by palm trees, different kinds of rum, and a relaxed atmosphere that can be felt inside and outside the ballroom!

This year Caribbean Dancesport moved to the Ritz – Carlton due to re-construction at the previous hotel. As usual, there are exclusive pool lounge areas, pre-parties, during parties, and after-parties.

Wednesday morning started off with the Viva La Vida Rum tour on old San Juan, which involved little San Juan and lots of Rum!!! The evening kicked off the competition with the famous nightclub session. Caribbean Dancesport continues to offer the full true nightclub experience with costume and mental spirit from all guests! This year’s theme was Hairspray, and we were treated by a full-on surprise performance Hairspray show!!!

Thursday had Pro-Am Smooth and Latin Events, along with Professional RS Smooth and Latin, with a wonderful dinner in between with talented pianist Victor Valdez who kept the all of ours eyes up at him!

The Pro-Am Open B Latin Scholarship even had Maria Seragou with Dimitrios Damalas in first place. Jacqueline Soccodato with Delyan Terziev placed second. In third were Cecilia Bjorkman with Dmitri Barilo.

Evening ended with a salsa party DJ’d by Tibor Kerekes from Supershag in the hotel lobby!