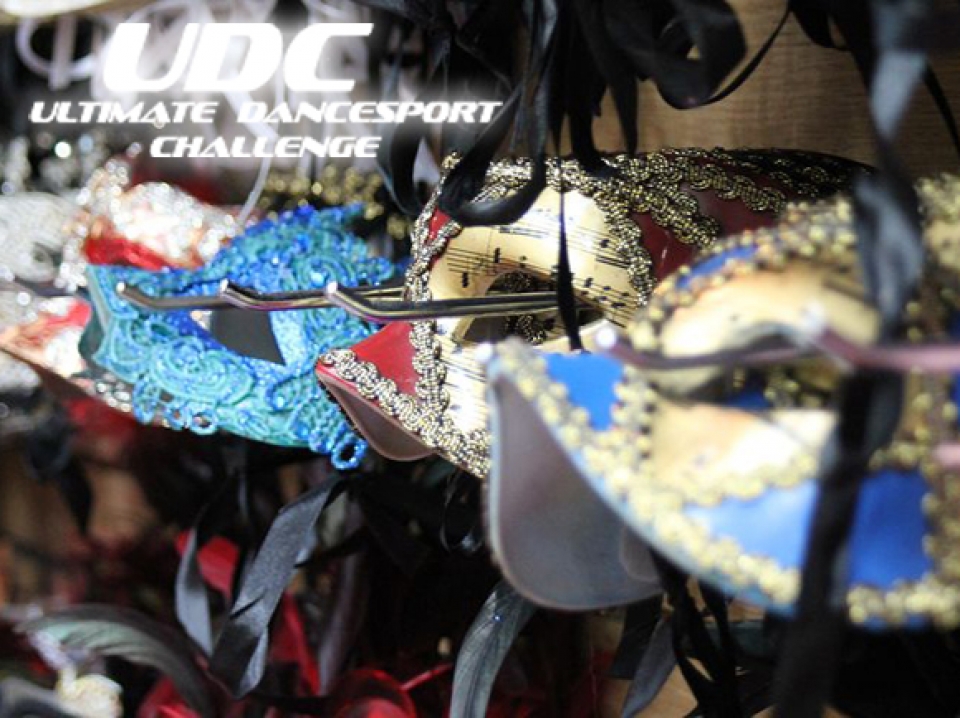 View the embedded image gallery online at:
http://dancebeat.com/m-blogs-en/item/1513-ultimate17#sigProId648dc13259
It was an event geared for fun, social entertainment as well as giving you a chance to do what we all love, a ballroom dance competition.
View the embedded image gallery online at:
http://dancebeat.com/m-blogs-en/item/1513-ultimate17#sigProId977aadf1e1
Last night at the Ultimate we had the professionals going head to head. The Professional Smooth and Rhythm competitions were the most challenging with 5 couples in each. The Smooth was won by Enzo Zappia & Stephanie Betts, second overall was awarded to Kevin & Michelle Camarata, and third were Steve Davis & Elizabeth Easterly. Staz Dawson & Jaclyn Gonyea placed fourth and Dusty Johnson & Ellie Grohoske were 5th.
View the embedded image gallery online at:
http://dancebeat.com/m-blogs-en/item/1513-ultimate17#sigProId72b95fd533
The Professional Rhythm was also a 5-couple final and here Craig Johnston & Katherine Hutchington took the Ultimate prize home. Second was awarded to Alejandro Olivarez & Rebecca Avila, and third was awarded to Staz Dawson & Jaclyn Gonyea. Fourth place were Vincent Ballard & Chelsea Knutson, and fifth were Ian Meeks & Nia Naumann.

There was no Professional Latin event, but we did have one couple in the Ballroom and they won uncontested, Alex & Alina Spencer. There was also one entry in the Professional Showdance category and this was Staz Dawson & Jaclyn Gonyea who did a number to a very interesting version of “When You Wish Upon a Star.”

In the end all the couples that won their division made for a terrific “Challenge Of Champions” and an excellent conclusion to the weekend of dance. The winners of the Challenge were Craig Johnston & Katherine Hutchington who put their hearts into a “mambo.” Second went to Enzo Zappia & Stephanie Betts who performed a tango, this was also a very interesting tango song, very appropriate for a showdance. Third place went to Staz Dawson & Jaclyn Gonyea and in fourth position were Alex & Alina Spencer.

View the embedded image gallery online at:
http://dancebeat.com/m-blogs-en/item/1513-ultimate17#sigProIdac5aee08a9
At the end of the event nearly everyone hit the town and Bourbon Street where they continued to dance Latin at the old Chris Owens bar. Today many of the attendees were staying to do some sightseeing in this beautiful historical city and some good eating with so many wonderful culinary treats! It certainly was an “Easy” weekend for us and maybe we put on a few pounds going from good restaurant to good reataurant……