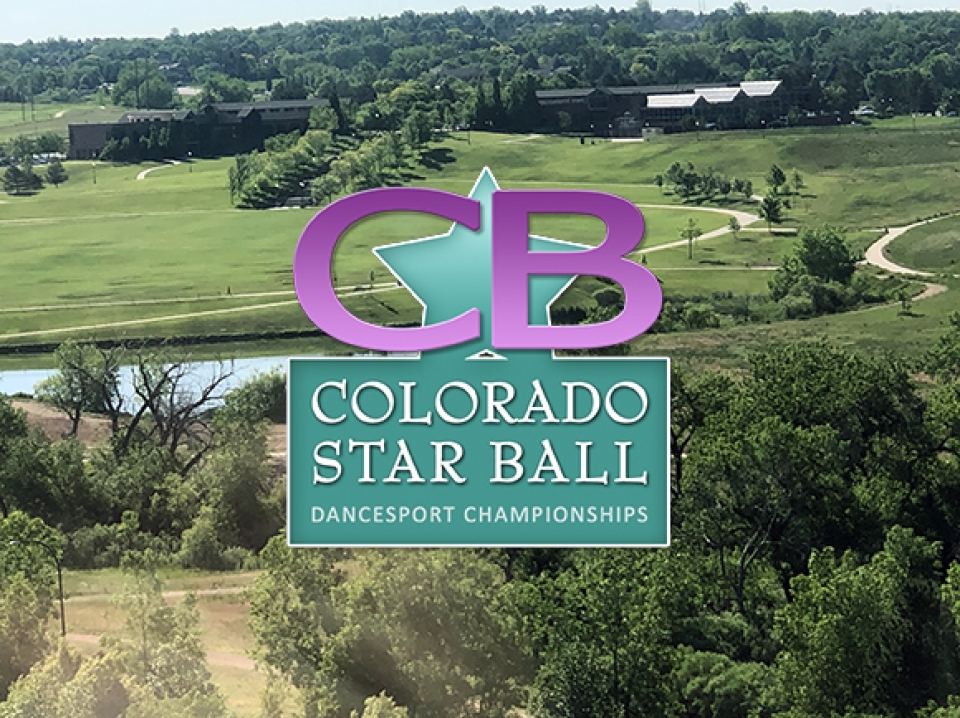 A Great Showcase of the American Style!

Last night here at Colorado Star Ball we had a wonderful showcase of American Style dancing, especially in the Smooth style, from the show setting to the competitive floor.

View the embedded image gallery online at:
http://dancebeat.com/m-blogs-en/item/1764-colorado2019#sigProIdd98c06d345
The ballroom was full last night and the audience was treated to some spectacular dancing, especially from the 2 show couples – Travis & Jaime Tuft and Shane & Shannon Jenson. Travis & Jaime performed their full Smooth style show, that of course included many cabaret elements in all numbers, as well as their specialized cabaret routine. The audience really loved the show, as did we. They offer a wonderful mix of styles for the show setting and their performances were spot on last night. Shane & Shannon, who performed only one number, were also breathtaking. Organizer, Richard Booth, commented afterwards that this was the most standing ovations he had ever seen for a professional show at Colorado Star Ball!
View the embedded image gallery online at:
http://dancebeat.com/m-blogs-en/item/1764-colorado2019#sigProId51aa103859
On the competition floor, Smooth was also king. The Open Pro Smooth began with a quarter-final. In the final, the top 3 positions were very close with no couple receiving a majority of 1t places in any dance. The ultimate winners were Nikolay Karchev & Anna Tarnowska and they did win all dances. The closest scored dance was tango, where a tiebreak gave them the win. They are a theatrically effective team, but for us there are some technical issues that should be addressed. Perhaps then they would have scored a more decisive victory. Runners-up tonight were Mariusz Zakrzewski & Lynnsay Ray 3,3,2,2, as you can see they won the tiebreak for 2nd place as the 3rd place couple, Tykhon & Yana Zhyvkov scored 2,2,3,3. Ironically, Mariusz & Lynnsay had the most first places in tango (6, just one short of the majority), but with some judges scoring them in the lower half of the final, they ended up 3rd in that dance. We thought Mariusz & Lynnsay quite unlucky not to take a couple of dances in this final. Tykhon & Yana are new to the style, but have made great strides and pushed the more experienced couples in front of them hard.

Shandor Shtefil & Aleksandra Barsukov were 4th in all dances, but received many scores in the top 3 in all dances and some firsts in all as well. John Holzworth & Nicole Wooding were 5th 5,5,6,5 and Nikolay Kralev & Julianne DiBacco Daniells were 6th 6,6,5,6.

View the embedded image gallery online at:
http://dancebeat.com/m-blogs-en/item/1764-colorado2019#sigProId809c9293cc
The other Open event of the night was the Latin and this produced a straight final. Francesco & Sabrina Bertini were the easy winners with the majority of 1st places in all dances and perfect scores in cha cha and jive. They lost some firsts in the other dances (most in rumba, 4) and we were actually a little surprised by this, as we did not really see any other couple in their league. Runners-up were Oleksandr Kozhukhar & Rachel Sayotovich 2,2,3,2,3 in a tight decision with Dmitrii Chopenko & Valeria Khrapak 3,3,2,3,2. Jake Davies & Alyona Kalinina were 4th in all dances and just a little unlucky there we thought. August Jensen & Nanette Scheetz were 5th in all dances.
View the embedded image gallery online at:
http://dancebeat.com/m-blogs-en/item/1764-colorado2019#sigProId6338b3f9aa
There were also 2 rising star level events. The Rhythm was the larger. The top 3 were David Nyemchek jr & Maysen Wilder 1,1,1,1,1; Jhondarr Lopez & Amber Osborn 2,4,2,2,2 and Christopher Wayne & Mallory Evan 3,3,3,3,3. Only 2 couples entered the Ballroom and Oleg Teleha & Michelle Brecker won all dances, losing only 1 first place mark.

For the pro-ams it was a long day of Smooth dancing. The Open Scholarships were danced at night and the winners were: Ryan Yoshinaga w/ Diana Strashnikova (Open A); Lynn Magnesen w/ Tykhon Zhyvkov (Open C); Karen Angell w/ Gleb Makarov (Open B).

Dance Beat is back for our yearly visit to the mile-high city of Denver, Colorado, for Richard & Jennifer Booth’s Colorado Star Ball.

View the embedded image gallery online at:
http://dancebeat.com/m-blogs-en/item/1764-colorado2019#sigProId9a46da36e7
The event is held in the Westin Hotel, Westminster. This venue has a large ballroom and the Booths always decorate well. This year they have the largest video monitor I have ever seen at a dance competition, mounted on the stage.

As always, pro-am entries are strong and so far we have seen all the Latin and Smooth categories, plus the nightclub dances. The best of the open scholarships so far came in the Smooth.