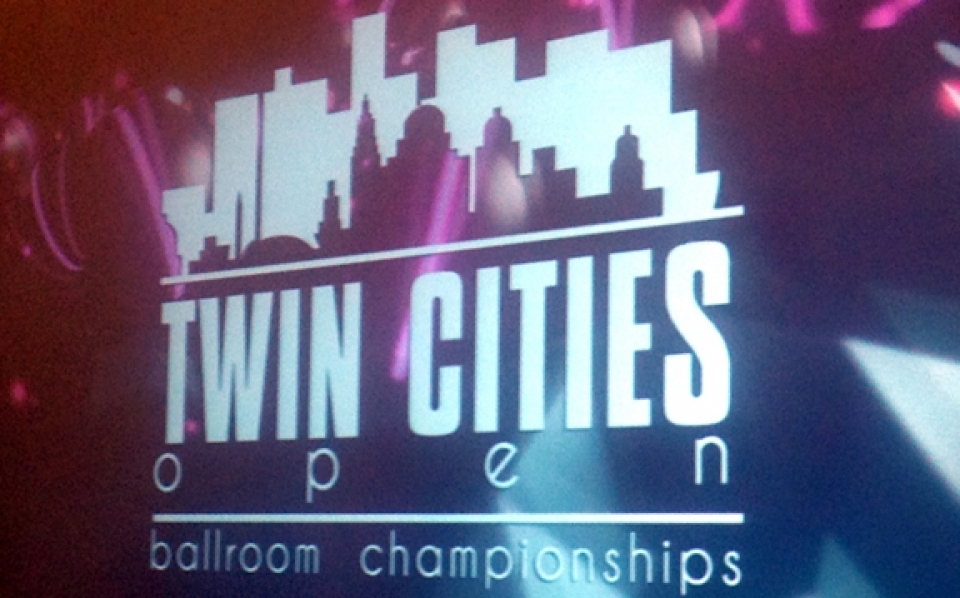 The last night at Twin Cities Open Ballroom Championships was filled with the celebration of dance.

The four Open Professional Dance Events took place and at the end of the night there was a showcase of champions and highlights from this excellent weekend of dance. The Professional Smooth and Ballroom were the most attended events of the evening and possibly the most entertaining for all. 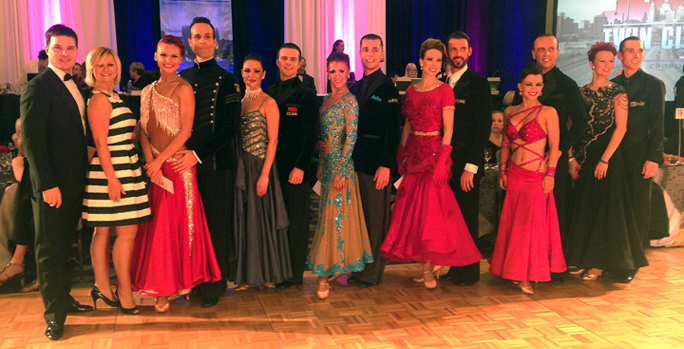 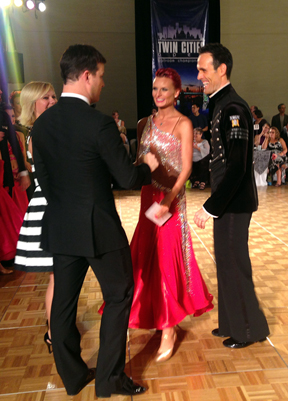 he Professional Smooth started with a quarter but in the end as always came down to six couples.  This time Mazen Hamza & Izabella were in the mix and it was clear to most of us that they would take the night. In the end Mazen & Izabella won every dance with a huge majority of firsts and perfect scores in the foxtrot where every judge awarded them first. Their few seconds came in the Waltz  and VW from Linda Dean, a second in the tango from Izabella Lewandowski, and so only a total of 3 seconds stood between them and having perfect scores. Second place overall with a huge majority of seconds in every dance went to Sergey Barsukov & Maria Sindnjova, their worst judge on this occasion was Didio Barrera who awarded them 2 thirds, one in tango and one in foxtrot.

Andrian & Hannah Dydynski took third overall and fourth overall but not in every dance went to Mark Short & Alyssa Kark (4,4,5,4). We were a little surprised by such a low position we felt that although this was not a traffic stop performance it was still good enough for them to place higher.  We will discuss how we saw it here in the full article from the Twin Cities Open Ballroom Championships soon. But for now just know that Sergey Smolin & Anna Tomasini were fifth (5,5,4,5) and Ben Sefert & Cheryl Seifert were sixth in every dance. 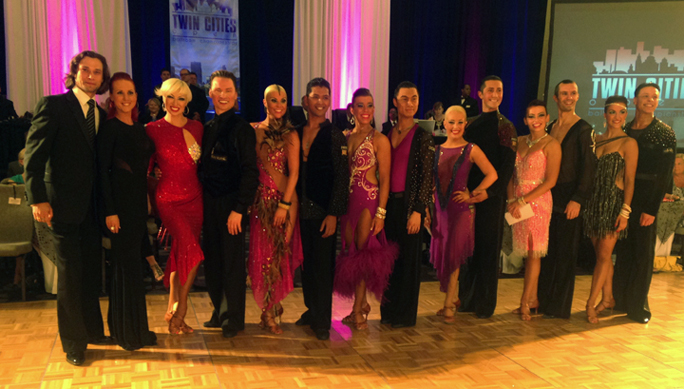 The Professional Rhythm was also a hit especially when competitors Andre & Natalie Paramonov graced us with their presence.  We felt that in this performance their quality was brilliant where it would have been strange to flaw them over their execution of movement - but as everyone was discussing at the bar, “was it Rhythm we saw or an extension of international style?” To be fair to the couple it is unjust to judge them by the fact that they did quite a number of years in that style and it was nice to see that none of the judges fell for this trap they rewarded them in our opinion on the quality of movement, rhythm or not. All these extras continue to give this American category drama and excitement and one that all enjoy from beginning to end.

Seocnd in this heat fell to the Rising Star champions from the night before and that was Slash Sharan & Meghan Anderson (2,3,2,2,3). Not far behind and picking up those two second places were Jonathan Chen & Nadine Messanger (3,2,3,3,2). This was also very exciting to see both couples are very close in quality and technique and both get the fans going. 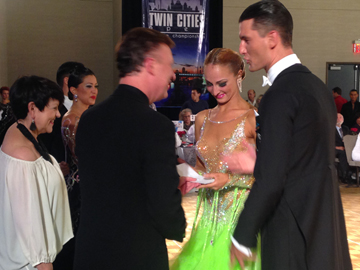 Anton Lebedev & Anna Borshch from Canada who won every dance with perfect scores from all the judges.

The show that followed these two excellent competitions was terrific. It showcased some past and new champions and the numbers were excellent. The tap performance by the two male artists was fantastic and very unique for that venue.

My congratulations to Amy & Scott Anderson on to their success.

It’s been along time since we have attended the Twin Cities Open, owned and managed by Scott & Amy Anderson. I did not realize how much we miss this wonderful group of people, it’s been a great experience for us as always.

Last night the competition was all about the Professional Rising Star events and with the exception of the Cabaret where only three couples entered, they were well supported and attended. 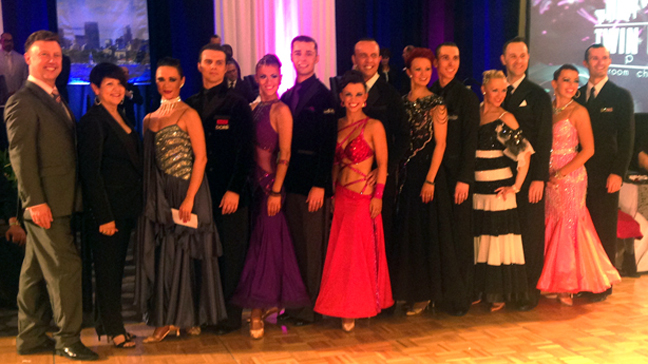 he Professional Smooth in particular had a huge entry with a healthy quarter final round. In the end six couples were called back and we all agreed on a winning couple, Sergey Barsukov & Maria Sindnjova took first from all judges with a perfect run, not one second was awarded to this couple. They totally took control of the floor from the beginning and we agreed there was no competition here. Second in this Rising Star Smooth went to Adrian & Hannah Dydynski and they took second in all dances, but here it was not as clear.  They got a few thirds and even a fourth in one of their dances. Third was awarded to Sergey Smolin & Anna Tomasini and they placed third in every dance, also with not as clear marks as the top couple. 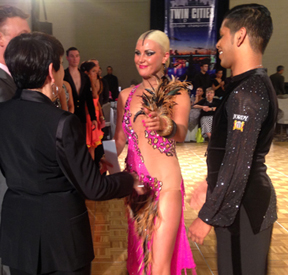 hythm Professional Rising Star category was awarded to Slash Sharan & Meghan Anderson winning four dances and placing second in the Mambo. Second place overall went to Jonathan Chen & Nadine Messenger and here we have to say it was a very tough decision for the judges. When looking at the marks Jonathan & Nadine managed to steal a few firsts but not enough to win any other dances but the Mambo from Slash & Meghan. For us it could have been a toss up between these two talented up and coming couples. Third overall by placing fourth in cha and third in the other four dances were Jhondar Lopes & Amber Osborn. 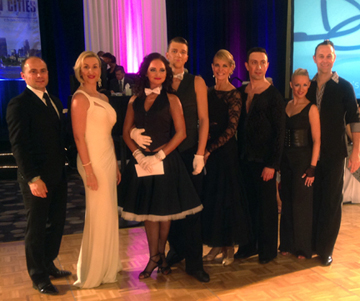 d earlier the Professional Showdance took place as well but with only three couples, first place was awarded to Mykyta Serdyuk & Anna Krasnoshapka .

There has been three days of full pro/am competition and there were some Open Scholarships worth a mention.